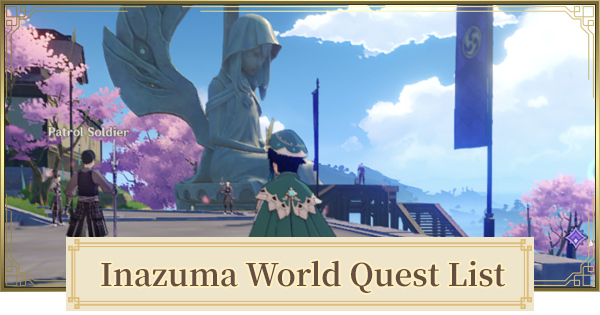 All World Quests In Inazuma

What Are World Quests & How To Unlock Them

This is far from the full list of quests. Go to the reputation person in Inazuma and he lists way more. Same for all other areas.

Would be nice if the page has a checklist of world quests.

I just unlocked a world quest that isn't on this list. It's called Way of Survival?

I am pretty sure world quests in Mandasdt and Liyue are more than mentioned above.