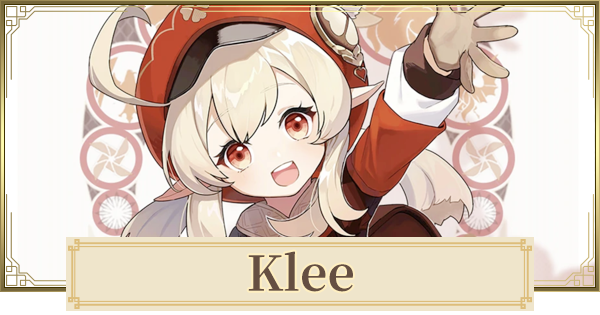 Should You Pull For Klee ?

Pull If You Need A Strong Pyro DPS

Klee is a Pyro DPS that can synergize with any element since all of her attacks are Pyro. She also has a very powerful Charged Attack. Her constellations greatly improves her DPS capabilities. If you main her, it is recommended to pull for her constellations.

C2 For A Support Ability

Constellation 2 of Klee will enable Klee to give defense shred to enemies using her Elemental Skill. This will not only boost Klee's damage but also provide additional utility.

Klee's entire kit deals AoE Pyro DMG and has high pyro application making it easier to trigger elemental reactions. Despite her short attack range, she can deal heavy damage to enemies with shields due to her unique bomb attacks.

Use 4 Piece Crimson Witch Of Flames For Reaction Teams

The damage difference between the recommended artifacts are minimal so you can opt to use the artifact set that provides the best substats. If all of them has the same CV, 4-pc Crimson Witch Of Flames is more beneficial for reactions teams, so make sure to take note of your team composition when building Klee.

Klee is a selfish Pyro DPS wherein you need her to be on the field most of the time to get the most out of her. Although Klee can be a sub-DPS, she fits better as a main DPS and center of a team comp

How To Use Klee ?

Deals Pyro Damage With Every Bounce

Klee's Elemental Skill will have her throw a bomb that will bounce 3 times. With each bounce, it will deal Pyro damage. It also gives a huge amount of Pyro energy making it great for battery.

At the end of the third bounce, Klee's Bomb will separate into smaller mines. it will explode when an enemy touches any of them. These mines can be gathered by various Anemo attacks such as the Elemental Skill of Sucrose, Jean, and Kazuha

The target enemy will be hit with her Burst regardless of its height and distance from her. Even Ruin Hunters up in the air can be hit by her Burst. However, this burst also sometimes prioritize attacking inanimate objects.

Normal & Charged Attack Is The Main Source Of Damage

Explosive Spark Lets You Use Charged Attack Without Stamina

▲The Floating Flower is a sign that Explosive Spark can be consumed.

Normal Attacks can randomly release an Explosive Spark. This spark can be a stamina replacement when using Charged Attack.

Is she worth pulling if you already have diluc and yanfei?

yeah why does it say cryo dmg

On the recommended artifact stats, it says "CRYO DMG Bonus" on the Goblet

1 thing i don't like is she had a very short range while she's a glass cannon. You gotta really close to the enemy to attack them, while you had a very low def. Shielder in the party is a must.