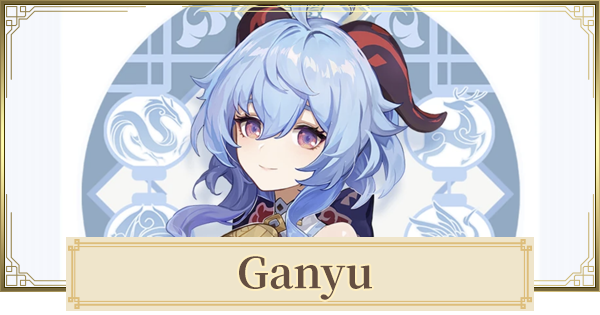 This build utilizes Ganyu's charged attacks to deal huge damage to enemies in an AoE with her Frostflake Arrow Bloom. It is primarily used for Melt comps with Ganyu as the main carry.

Between Wanderer's Troupe And Shimenawa's Reminiscence, Use The One With Best Substats

Shimenawa's Reminiscene is the stronger option. However, it takes more thought out rotations to gain the buff from your elemental skill. Wanderer's Troupe is the more consistent option since you do not need to activate its passive. Both are very good options for Ganyu, so you can opt to use the set with better substats.

This build focuses on increasing the damage output of Ganyu's Elemental Burst. In this build, it is recommended to use Ganyu in a Freeze comp such as the Morgana team comp where it utilizes CC.

Since you can easily increase your Crit Rate with the Blizzard Strayer Set and Cryo Resonance, you can prioritize Crit DMG stats to further increase Ganyu's damage output.

Ganyu is a character that is perfect for a mid-range combat using her cryo elemental abilities. The team suggested below can bring the best our of Ganyu.

Perform up to 6 consecutive shots with a bow.

Perform a more precise Aimed Shot with increased DMG. While aiming, an icy aura will accumulate on the arrow head before the arrow is fired. Has different effects based on how long the energy has been charged:
・Charge Level 1: Fires off an icy arrow that deals Cryo DMG.
・Charge Level 2: Fires off a Frostflake Arrow blooms after hitting its targets, dealing AoE Cryo DMG.

Trials of the Qilin

・Continuously taunt surrounding opponents, attracting them to attack it.
・Endurance scales based on Ganyu's Max HP.
・Blooms profusely when destroyed or once its duration ends, dealing Aoe Cryo Damage

Coalesces atmospheric frost and snow to summon a Sacred Cryo Pearl that exorcises evil. During its ability duration, the Sacred Cryo Pearl will continuously rain down shards of icem striking opponents within an AoE dealing Cryo DMG.

Harmony between Heaven and Earth

Preserved for the Hunt

Refunds 15% of the ores used when crafting Bow-type weapons.

Constellation One Is Great For Cryo Debuff

While a C0 Ganyu is very strong at C0, C1 will boost the power of charge attack making it able to provide Cryo debuffs to enemies enabling Ganyu to deal more greater damage using her Charge Attacks.

How To Use Ganyu ?

Used To Remove Aggro From Ganyu

Ganyu can use her Elemental Skill to keep distance to enemies. It attracts the attention of enemies making them attack the flower instead of Ganyu. Since Ganyu relies on keeping distance and charge attack to deal powerful damage, this skill is very useful in her kit.

For support Ganyu, the Elemental skill is one of her reliable methods of gathering energy for the team's Elemental Burst.

▲ Increases Cryo Dmg if within the area.

Her burst only cost 60 energy and last 15 seconds with also a 15 second cooldown making it easy to maintain on the field. Unlocking her talent, Harmony between Heaven and Earth, will also increase the Cryo DMG bonus of the character in the area. This skill effects remains even after switching making it easier to deal elemental combos.

One of the things that makes Ganyu stand out from other DPS characters is her ability to deal tons of damage without relying on Elemental Skill and Burst. This is due to Ganyu's charge attacks that does not only deal powerful Cryo AOE attacks but also increases its CRIT Rate from the second shot.

Elemental Burst Is Powerful And Has Great Up-Time

Ganyu's Elemental Burst is not only great for support but also deals tons of damage. It has a short cooldown and a medium energy requirement making it possible to have a 100% Uptime.

Has A Very Low HP & Defense

Ganyu, while really powerful, can easily be defeated when hit by enemies. And is easily one shot by bosses if you are not able to dodge. It is important to have a shield character in your team when using Ganyu as Main DPS.

When you are going to use Ganyu as a DPS, you are unable to see what is happening behind your character because you will mostly be on aimed shot mode. You need to keep enemies in front of you all times.

Ganyu Reviews From Other Users

Comment or send your opinions about Ganyu in the comments or feedback for a chance to be featured in the article!

What Is Ganyu's Tier For You

An Emissary Of The Liyue Qixing

She is known to be the Corporate Secretary for the Qixing, and currently serving as Lady Ningguang's special emissary.

During her story quest, she stated how she feels unwelcomed in Liyue as she is a half-human and a half-adepti.

How Tall Is Ganyu?

There is no in-game and official data regarding the height of Ganyu. We compared characters and Ganyu is Medium comparatively.

How To Get Ganyu?

Featured In Her Own Banner

You can get Ganyu through her own featured wish banners, Though since the banners are limited-time banners, you can only pull her when they are available.

Characters With Same Element and Weapon As Ganyu

I’m a 1.2 ganyu main those are her stats right now with skyward harp 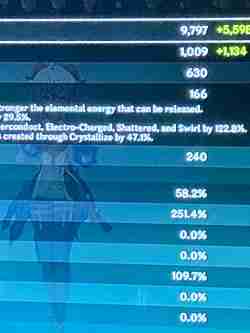 She's 100% that girl and her design is the prettiest imo but finding a good blizzard set for her is difficult. She's vegetarian btw so eat your vegetables ☆ 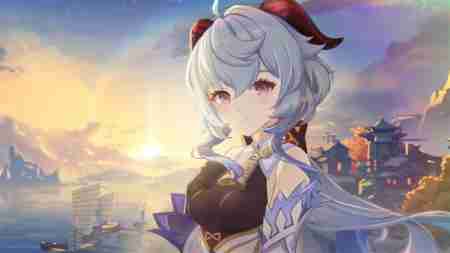 her talent boss material is from childe not the wolf

On the premium team character substitutes, Diluc and Qiqi have their details exchanged.