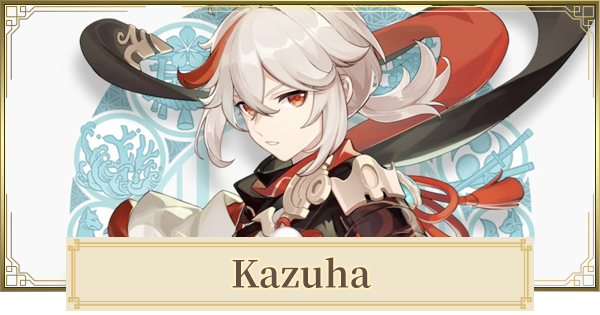 Kazuha can easily inflict Anemo to enemies making it easy to debuff enemies using the artifact Viridescent Venerer. He also has a very powerful buff, his 4th ascension that scales from Elemental Mastery. Because of this buff, increasing Elemental Mastery of Kazuha is a priority.

Viridescent Venerer Should Be The Artifact Of Choice

This build focuses on increasing the personal damage of Kazuha. Kazuha possess a high Plunge ATK multiplier that is on par with Xiao. Making use of this powerful Plunge can also make Kazuha a powerful Sub DPS or Main DPS especially at higher constellations.

Kazuha is a great character that is able to Support and DPS especially at reaction teams. He shines greatly as a Sub-DPS that will boost the DMG of the whole team and make it easier to deal damage by crowd controlling.

Plunges from mid-air to strike the ground below, damaging opponents along the path and dealing AoE DMG upon impact. If this Plunging Attack is triggered by Chihayaburu, it will be converted to Plunging Attack: Midare Ranzan

When Plunging Attack is performed using the effects of the Elemental Skill Chihayaburu, Plunging Attack DMG is converted to Anemo DMG and will create a small wind tunnel via a secret blade technique that pulls in nearby objects and opponents.

Unleashes a secret technique as fierce as the rushing wind that pulls objects and opponents towards Kazuha's current position before launching the opponents within the AoE, dealing Anemo DMG and lifting Kazuha into the air on a rushing wind current. Within 10s of being in mid-air due to the effects of Chihayaburu and if maintaining a mid-air state, Kazuha can unleash a particularly powerful Plunging Attack known as Midare Ranzan.

Can be used mid-air.

Charges up before unleashing greater Anemo DMG over a larger AoE than Tap Mode.

The signature technique of Kazuha's self-styled bladework — a single slash that strikes with the force of the first winds of autumn, dealing AoE Anemo DMG. The blade's passage will leave behind a field named "Autumn Whirlwind" that periodically deals AoE Anemo DMG to opponents within its range.

If Autumn Whirlwind comes into contact with Hydro/Pyro/Cryo/Electro, it will deal with additional elemental DMG of that type. Elemental Absorption may only occur once per use.

Decreases sprinting Stamina consumption for your own party members by 20%. Not stackable with Passive Talents that provide the exact same effects.

If Chihayaburu comes into contact with Hydro/Pyro/Cryo/Electro when cast, Chihayaburu will absorb that element and if Plungin Attack: Midare Ranzan is used before the effect expires, it will deal an additional 200% ATK of the absorbed elemental type as DMG. This will be considered Plunging Attack DMG. Elemental Absorption may only occur once per use of Chihayaburu

Upon triggering a Swirl reaction, Kaedehara Kazuha will grant teammates a 0.04% Elelemental DMG Bonus to their corresponding Element for every point of Elemental Mastery he has for 8s. Bonuses for different elements obtained through this method can co-exist.

By unlocking the second constellation of Kazuha, Kazuha's Yamaarashi Tailwind will be increasing Kazuha and his team's elemental mastery, which will greatly increase the elemental damage for the team.

How To Use Kazuha ?

Kazuha is considered the best Crowd Control support for Melee characters because he is able to gather enemies consistently and within arm-reach. He can also provide powerful damage through his plunge attack which will leave the enemies in one spot.

Another unique ability of Kazuha is that he is able to gather even larger enemies though not as effective with smaller enemies.

If Kazuha swirls an element it would give raw Elemental DMG bonus of the swirled element to the team. Together with the Viridescent Venerer, Kazuha will be able to provide Buff and debuff for the team.

Kazuha's Elemental Burst is mainly used to deal Elemental damage to enemies. The Burst will absorb an element inflicted to the enemies it hit and will also deal damage of that Element.

Upon unlocking the first constellation, using Elemental Burst will reset the cooldown of the Elemental Skill. At Constellation 2, during the duration characters inside the area will have an increased Elemental Mastery.

Kazuha can give Elemental DMG Bonus to the team while providing powerful damage with his Plunge attacks and Elemental Burst. Together with his consistent Crowd Control, Kazuha is an excellent character that can fit many kind of teams.

Kazuha's Elemental Skill and Burst both have wide range and the ability to spread elements. Because of how Anemo acts and his ability to double swirl, he gets more powerful if you are fighting multiple enemies at the same time.

Requires Another Character To Spread Elements

Like any other Anemo character, Kazuha can only spread elements and not produce them on his own so it is very important for Kazuha to have a teammate that can inflict Elements to the enemies or Kazuha himself.

Kazuha's constellations unlock many utilities for Kazuha such as Elemental Skill cooldown reset and Elemental Mastery buff. However, since Kazuha is a limited 5 star character most of them are difficult to obtain especially for Free-To-Play users.

Kazuha Reviews From Other Users

What Is Kazuha's Tier For You

A Wandering Samurai From Inazuma

Kazuha fled from Inazuma after seeing his beloved friend fall from the hands of the Shogun. Still holding on his friend's inactive vision, Kazuha wandered

Part Of The Crux Fleet

After wandering for a while, Kazuha finds himself in the company of the The Cruz, a fleet led by Beidou. He eventually bonds with the fleet although he's just a temporary member of the crew.

How Tall Is Kazuha?

There is no in-game and official data regarding the height of Kazuha. We compared characters and Kazuha is Medium comparatively.

How To Get Kazuha?

Get From Kazuha Banner

You can get Kazuha through pulling on her "Leaves In The Wind" Banner that was released on June 29 until July 20, 2021.

Add this in the Recommended Weapons (no joke)
Awesone F2P choice 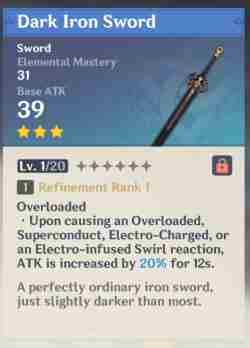 triple crowned from release and deserved

Is he a good battery for xiao? I mean i have candidates like C3 succrose and sayu, but a want to get him at his next rerun (i lost to keqing unfortunately)