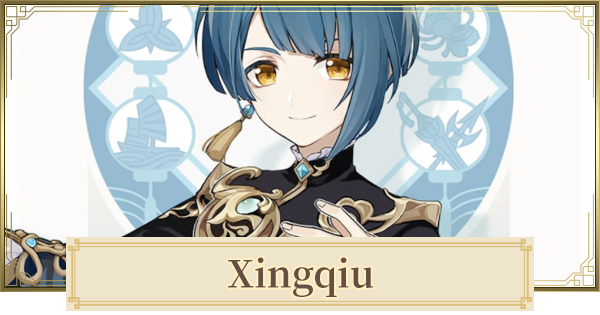 Maintain The Uptime Of Elemental Burst

Sacrificial Sword is the best weapon for Xingqiu since it can surely sustain the uptime of his Burst especially when the passive has been triggered. But if you can already keep his Burst's uptime without using Sacrificial Sword, it is recommended to choose the other ones in the list.

Use A Complete Noblesse Oblige If You Want A Buffer

Whenever Xingqiu uses his Burst, the effect of 4-piece Noblesse Oblige gives ATK% buff to everyone in the team. Only use a complete Noblesse Oblige if you want him to be a buffer and if you do not have another character that uses it in the team since the buff does not stack.

Besides ATK%, you can also go for EM Sands to increase the damage of all Hydro-related reactions.

Other Characters That Works With Xingqiu

Xingqiu Guide - How To Use Xingqiu?

The Elemental Skill of Xingqiu will also release floating swords that will decrease the damage you receive and heal you depending on Xingqiu's Max HP.

Recovery Is Not As High As Support Healers

However, it does not make Xingqiu a substitute for healers but just an added HP regen because the amount of HP it can heal is low and the CD of his Skill & Burst takes time making it unreliable for healing. This is ideal for characters who do not require much healing such as Hu Tao.

▲ Remains after switching characters and is extremely effective at combos.

Every hit by the flying blade will inflict Hydro on the target enabling easy Hydro reactions. This makes Xingqiu a flexible support and sub DPS who can fit in different teams.

Upon unlocking Constellation 2, every enemy that gets hit by the sword needles from Elemental Burst will have their Hydro RES decreased by 15 percent increasing the damage of Xingqiu.

Should You Get Or Wish For Xingqiu?

Pull If You Need A Support & DPS

Xingqiu is a powerful off-field DPS & a great Hydro applicator making him a flexible character that fit in any team comp. He is a must-have character and has one of the most frequent Hydro infliction among characters. It is recommended to pull for his constellation to further amplify his abilities.

With Constellation 2, Xingqiu will be able to reduce the Hydro resistance of enemies hit by his sword rain attacks effectively boosting not only Xingqiu's personal damage but also the team through Hydro reactions.

Constellation 6 For Highest Increase In DPS

Xingqiu is a high investment character even with his constellations. Having him at C6 will optimize him to deal even biggest damage with every use of his Skill and Burst. He is usable even without constellation, but he shines best at C6.

Can I use haran geppaku futsu on xingqiu?

Can I go with Keqing, Ayaka, Xingxiu, and Xiangling? I mean they are the only good character in my acc.

Like really, I am not sure that xing qiu could be a DPS

Hourgl*** main stat is listed as Atk%, but substat also lists Atk%; should be switched to flat Atk