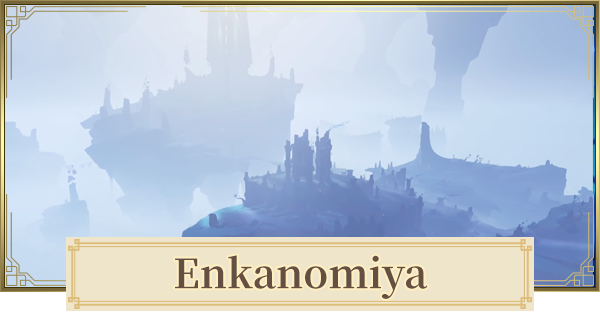 The entrance to Enkanomiya will remain locked until you've completed The Still Water's Flow world quest. You can start this by talking to Tsuyuko in Watatsumi Island once all of the quest requirements are met.

How To Unlock The Still Water's Flow Quest

▲ Many mechanisms can be activated only by switching between Whitenight and Evernight.

Enkanomiya is cut off from the sun's light, but it has a device that simulates day and night. Whitenight pertains to a day-like phase, while Evernight turns off the device, bringing Enkanomiya to darkness.

What Is Enkanomiya? - Lore & Story

An Underwater Location In Watatsumi Island

Enkanomiya is said to be a location hidden underwater within Watatsumi Island. It should be near the giant pool close to the Sangonomiya Shrine.

Said To Be Where The Watatsumi People Originated

Enkanomiya was released as part of the 2.4 update released last January 5, 2022. The region itself was confirmed to be included in the update during the 2.4 livestream.