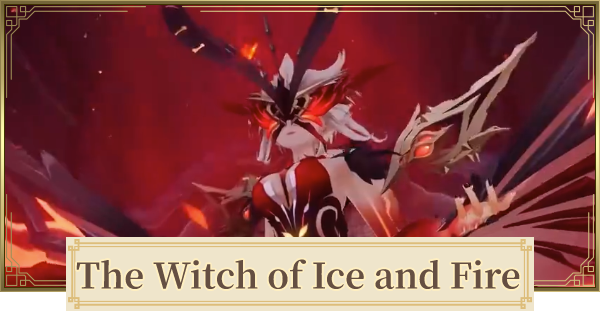 La Signora (The Witch of Ice And Fire) Details & Weaknesses

Showdown Against A Fatui Harbinger

As one of the Fatui Harbingers, La Signora is a formidable foe that has stood as one of the main antagonists in Genshin Impact. Fight against her to finally close her chapter and get materials, artifacts, and other items.

La Signora and her Weekly Boss domain was added as part of the 2.1 Update. However, players can only fight against her once they have cleared the domain requirements.

La Signora - How To Unlock

La Signora plays a vital part in the Archon Quest Chapter 2 Act 3 and similar to Childe's own domain, players must first complete the quest to unlock it.

Once you've completed Archon Quest Chapter 2 Act 2, La Signora's domain will be unlocked! You can find it in Inazuma City inside the Shogun's residence.

La Signora (The Witch Of Ice And Fire) Possible Rewards

* Tap the photo to learn more about the material.

In order to collect the rewards for completing the domain and defeating Signora, you will need to use Resin to revitalize the Ley Line Flower. The first 3 Bosses will cost 30 Resin and the rest will be 60.

Can Only Collect Once A Week

As a Weekly Boss, you can only collect rewards from this Domain once a week. Reset happens every Monday at 4AM server time.

Characters That Use Materials From La Signora

The following characters uses up materials that can only obtained by fighting La Signora! These materials are used to increase Talents to higher levels.

Talent Upgrade Guide 2.1 - How To Get Level Up Books

Recommended To Have Different Elements In A Team

Since Signora's Ice Cocoon can only be broken through Elemental Reactions, it's highly recommended to have multiple elements in a single team. Having a Pyro character is still recommended here.

Due to the Sheer Cold, Blazing Heat, and Signora's relentless attacks, it's almost impossible not to lose health in this domain. Make sure to have food to heal or characters with healing or shield abilities to survive the battle.

This free team comp is composed of characters that players could get for free. Overload should work well against Signora since she doesn't get knocked back.

Although it seems like Signora has a shield, she actually does not and you can attack her directly. The circle around her just prevents you from staying close to her.

Stay Away From Frosted Areas

Some of Signora's attacks will cause the floor to be frosted. When standing there, you will accumulate Sheer Cold faster. Move out of Frosted Floors as quickly as you can!

Stand Beside The Hearts Of Flame To Lower Sheer Cold

If your Sheer Cold meter is filled, you will start to lose health. The only way you can lower it inside the Domain is by standing next to it. These Hearts of Flame will appear in some time around the arena so do not break it!

When Signora encases herself in her Ice Cocoon, you can destroy it faster by collected a Crimson Lotus Moth before attacking her. Having one of them will imbue you next attack with additional Pyro attack.

The Second Phase will replace Sheer Cold with Blazing Heat. They function they same, but instead of ice, Blazing Heat is due to the intense flames coming from Signora.

Move Away From Embered Floors

Signora's attacks will cause the floor to be embered. Standing on them will cause the Blazing Heat to accumulate faster. You can take out such areas when breaking Eyes of Frost.

Eyes Of Frost Will Get Rid Of Blazing Heat

Eyes of Frost will show up around the Domain's arena. You can stand next to it to regulate the body heat of the characters, also, do not break it. Just make sure to be protected when doing so because Signora could attack you then.

this fight is really really hard even with a good team

Breaking the Eyes will reset your heat/cold, so another strategy is to just run back to break an eye when your heat maxes out. They do respawn quickly enough, second phase is easy with Fischl and Barbara, I'm not sure if Signora can DPS enough to get past the healing.

So should we play this battle with the Game of Thornes Theme for extraFire and Ice Drama?