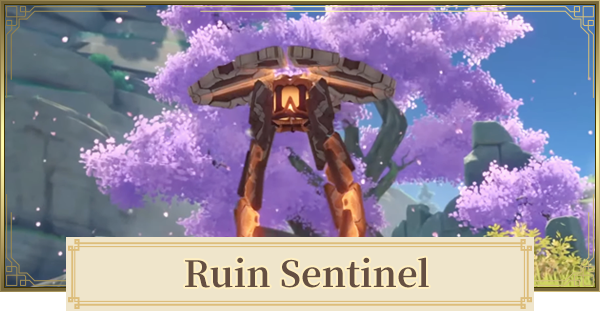 Where To Find Ruin Sentinel

Use Your Adventurer's Handbook

You can track the locations of Ruin Sentinel by opening the Adventurer's Handbook. However, to be able to track them you must first unlock the Statue of Seven at Serpent's Head area.

So far, there are only 5 places where Sentinels spawn. Note that the ones in Serpent's Head and North of Araumi are all underground and will require extra steps to get to them.

If you've exhausted the above locations, you can also use Ley Line crops to farm for them! Both of the Ley Lines in Inazuma will spawn Ruin Sentinels when they are activated in Araumi.

Ruin Sentinels will respawn 24 hours from when they are defeated. You can check how much longer before they respawn through the Adventurer's Handbook.

Mid-Boss Rewards Can Be Shared

Except Elite Bosses, Andrius and Dvalin, Boss drops can be shared with others, meaning players can get the same rewards.