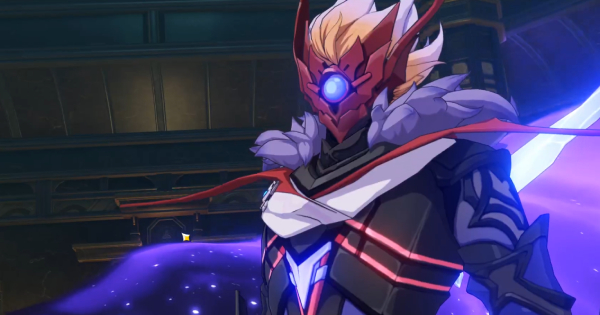 Check our this Enter The Golden House walkthrough guide for Genshin Impact. This includes how to unlock, location, rewards, enemies, how to beat, bosses, coop, challenge, and how to get.

The Enter The Golden House Domain can be found south of Liyue Harbor, however, it will not show up in the map up until you unlock the required Archon Mission first.

Check Out The Interactive Map Here

Enter The Golden House - How To Unlock & Level Requirements

You need to play the main story and complete Chapter 1: Act 3 "A New Star Approaches" before you can gain access to this domain.

You need to reach Adventure Rank Level 35 before you can access Valley Of Remembrance. You can unlock it as a waypoint, but to run the trials, you need to be AR 35.

Check Out How To Level Up Fast

If you're having a hard time dealing with Childe, you can opt to run the domain in Coop. You can either matchmake or bring friends along with you to battle against him.

Can Only Get Rewards Once A Week

Similar to Stormterror's domain, you can only unlock the rewards in this domain once a week. This will reset weekly every Monday.

Enter The Golden House Cost Is 60

Opening the rewards will cost 60 resin each time.

Having Electro and Pyro on your team will have you at an advantage elemental-wise. You can constantly do damage with overload to Childe throughout the battle.

With this set up, you have enough elemental combos to actively deal damage against Childe. We recommend using cryo then electro for that physical damage debuff, then use Xiangling as your main DPS.

Enter The Golden House - How To Beat

The whole domain is basically just a boss fight battle against Childe. It has three phases and failing on any of them with your whole team wiped out will reset the whole stage.

Childe's main attacks during this stage are his arrows and wave attacks. Since they're ranged, you can see where they would hit from a distance and you can easily dodge them by moving sideways.

Get Out Of Overhead Shot Range

When Childe does an overhead shot, a circle will appear on the ground where it would hit. Immediately get out of its range if it's anywhere near you. He will shoot multiples of them so keep moving until the attack ends.

What could be considered as Childe's strongest move during this phase, the whale summon attack has a wide range and can do tons of damage. You'll need to run immediately to get out of its range.

Childe Shifts From Hydro To Electro

Childe will enter the second phase with a full healthbar and a new element. Shifting from Hydro to Electro, all his attacks will now be imbued with the Electro element.

Attacks Will Mostly Be Melee

For this phase, Childe will use melee attacks instead of his bow. He'll have new attacks to go with them and now moves faster to cross distances quickly.

Most Attacks Can Be Dodge By Moving Forward Or Backwards

Childe's attack are mostly frontal, making it easy to dodge by moving backwards. If he does the multiple lance zip attack, you can just keep moving forward to dodge all the attacks in succession.

The final phase has Childe dishing out some new moves, while also mixing it up with attacks he used in previous stages. This means he can attack with both Hydro and Electro, making him capable of applying Superconduct on you.

Prepare To Dodge When Attacking In Melee Range

Childe will attack you with a swipe of his electro lance when you get too close to him. If you plan on attacking in the melee range, be prepared to dodge it immediately.

Stay In Middle Of Circle To Avoid Ultimate Arrow Attack

Childe's ultimate attack for this stage is an amplified version of his overhead arrow shot. You can dodge this by staying in the spaces between the circles where you will be

I've been trying to fight this is the archon quest but my game keeps freezing when I get to the 3rd stage. Has this happened to anyone else? any ideas on how to fix it?