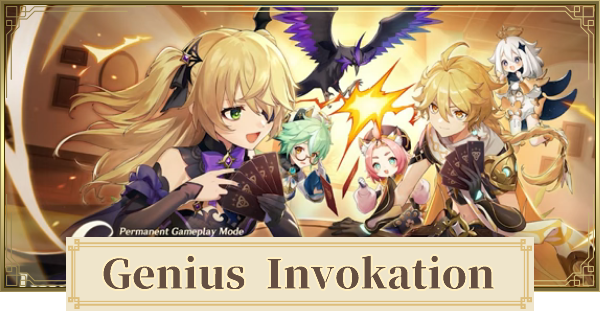 First Announced In The 3.1 Update Livestream

Although the Genius Invokation TCG was officially announced, there is no set release date for it yet. It was just said that it's an upcoming new permanent feature, nothing else.

Will Not Be Part Of The 3.1 Update

What Is The Genius Invokation TCG?

Genius Invokation is an in-game card game that will feature characters and other entities from Genshin Impact. The brief gameplay preview showed charactes using their visions to attack other cards!

No News On How Cards Are Acquired

During the preview, it was not shown how the cards will be acquired in the game. It's not known if it will be bought, earned, or given as a reward.