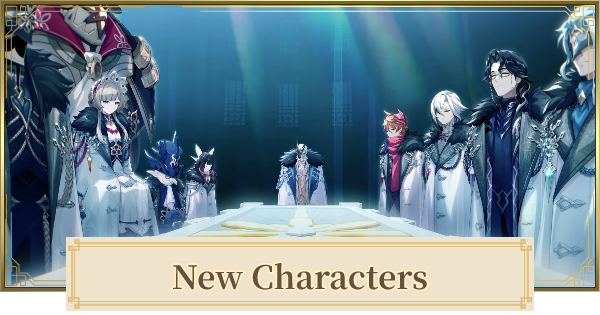 Eula is a freshly added character for the 1.5 update. A story quest and event will likely happen in the game itself. Check back for more updates regarding her official release and more!

Yan fei was released as a new character for the 1.5 Update. Yan fei is also related to the Serenitea Pot story quest.

Upcoming Characters (Not Yet Added)

Possible Characters In 1.6 and Beyond

Information about Patch 1.4 has not been released (or leaked) as of yet, though it's said that the Electro area of Inazuma is said to be added. Alongside it, we might expect to see the Cryo character Kamisato Ayaka.

It is said that Kazuha, a rumored 5-star anemo charcater, is highly related to Kamisato Ayaka and the Electro area of Inazuma. He is speculated to be released this upcoming 1.6 update.

Although it's not certain, there are rumores circling around the Genshin Impact community as this certain character will appear not very soon. Check back to get more updates regarding Yoimiya.

Characters That Appeared In Promotional Videos

Characters That Appeared In The Story

Characters That Was Mentioned In Voice-Overs / Story

Characters Appeared In The Webtoon

When Will They Go Live?

Just like how the version 1.1 update brought us Childe, we can also expect every major content update to bring us some new characters.

Klee's introduction to the game actually did not coincide with a major content patch. Characters that don't have an important role to play in the story might be added at different times. They might be added as a Wish-only feature!

Check Out Info On Wishes Here

Eula is shown as anemo but she's cryo :( 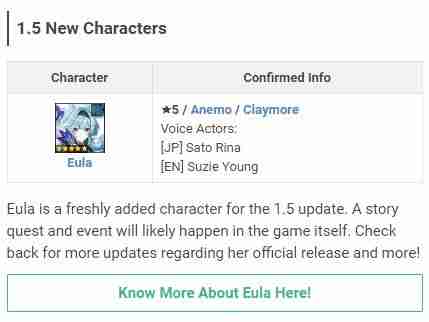