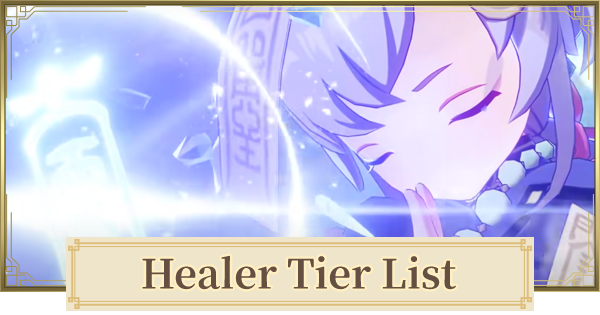 Characters That Are Healers In Nature

Some characters are capable to be the DPS or support, but there are characters who are in nature play the Healer role. They usually have a weak support and damage against the opponents, but mostly focused on healing the team.

Healers are characters that are meant to support the party using their healing skills. They have the highest healing potential and their builds should be focused on further increasing their damage!

Having an all Healer team can work against you so it's best to include at least one DPS and one support to help them out. Having synergy between characters is also a must to get the most out of them.

Will Usually Be Main Characters

It's best to learn the whole gameplay of your Healer, they are likely the characters that are often out in the field. Be familiar with their cooldowns and skill effects to be able to juggle between them.