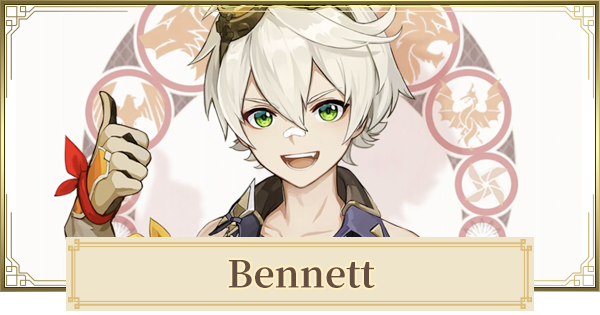 As a hybrid build, tje goal is to buff Bennett's support abilities, while also providing additional DMG from his Elemental Skill and Burst. Since Bennett's healing is strong by itself, you can push not to build HP and instead build for DMG with him.

This build focuses on making Bennett the most effective Support/Healer he can be. With a high Base ATK weapon, you get an increase to his ATK Buff, while an HP-focused Artifact set will increase his healing.

Having A CR/CD Weapon Is Ideal

Since this is a Hybrid/Support build, having even just 50/100 CR/CD ratio is ideal. You can easily do this with a CR or CD weapon. If you don't have them, it's better to go for Energy Recharge instead then compensate CR/CD through your artifacts.

Although you want to push for additional damage, overall you need Energy Recharge in order to continuously use Bennett's Burst. You can build a bit of Elemental Mastery, but it's not something you need to aim for.

Energy Recharge Is The Main Focus

Energy Recharge will allow Bennett to continuously use his Elemental Burst. Although HP will benefit his healing, it's recommended to build HP through his Artifacts instead of his weapon.

Which Sands To Use Should Depend On Weapon

There's no need to build CR/CD beyond 50/100. Once you reach this value, you can focus on either ER, HP%, or EM. It's a Hybrid build so just getting the minimum CR/CD is okay.

Adjust Sands Depending On Current ER

If you're ER falls below 180%, use an ER Sands for Bennett. But if he's using a weapon that solves the ER problem, go full triple HP for his artifacts.

Since Bennett's healing scales off HP, building triple HP directly increases the amount of healing you will get per tic. This also makes Bennett a tank with such a high HP.

Other Characters That Works With Bennett

Notes About Team Comps For Bennett

Bennett can fit in most team comps and he's fairly easy to put in for flex slots. The only downside to Bennett is that he can't buff DPS characters that don't scale off ATK so take note of that when creating your team comps.

Bennett Guide - How To Use Bennett?

Tap Or Hold For Energy Gathering

Benett's Skill can either be tapped to deal a single strike or held to unleash a 3-hit attack. Both will yield the same amount of energy for him. If you just want to gather energy, it's better to just tap.

Holding down on your E will have Bennett charge and unleash a 3-hit Pyro attack. There's a drawback to this because depending on your luck, you can be knocked back by the explosion of Bennett's final hit.

The moment Bennett uses his Burst, he will deal a single instance of Pyro damage. Enemies staying on the field of his Burst will not receive any additional Pyro damage by standing in it.

Heals Allies Within Its Vicinity & Inflict Pyro To Self

Bennett's Burst will heal allies up to 70% of their health when they stand within its circle. Healing will come in quick tics until the maximum health is capped. While standing on the Elemental Burst, it will also apply a Pyro aura on the character that you are using, making it great for cleansing off elements.

If you have enough constellation, you can get Bennett to also provide a good chunk of attack boost with his burst. Both healing and the boost will apply to allies within the field.

An amazing thing about Bennett is that he is not artifact reliant. His buff, is taken from his Base ATK and weapon's Base ATK. It is advantageous to level Bennett to 90 because of this .

Should You Get Or Wish For Bennett?

One Of The Must-Have Characters

Bennett is a must-have character due to his overall kit that can both buff and heal allies, and his versatility when it comes to team comps. He's reliable as a support and healer, and can even provide a bit of DMG with the right build.

Constellation 1 For A More Flexible Buff

At 0 constellation, Bennett will only give buffs if the person standing on the Burst Field is above 75%. This condition will be removed on constellation 1 making his buff more flexible.

Not Recommended To C6 Bennett

Bennett's C6 will add a Pyro infusion to his Burst, limiting its use to Pyro comps. It's highly recommended not to increase his constellation beyond C5 because of this.

>Soul97413
No. I also think he is garbage. He is only used because of the Attack buff and Pyro resonance, because his "healing" is useless compared to literally every other healer in the game.

i'm the only one who thinks benette is trash tier ?

That premium team barely has any synergy whatsoever