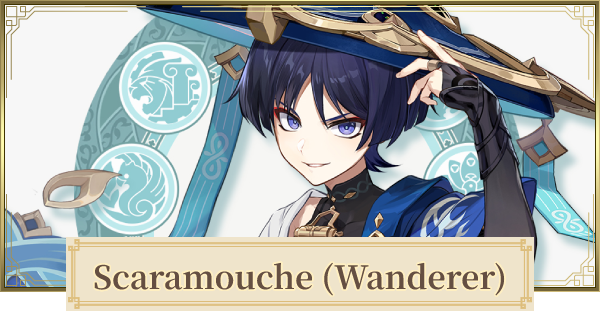 Warning: This article contains major spoilers about Inazuma and Fatui.

The Sixth Of The Eleven Fatui Harbingers

Scaramouche, despite his youthful appearance, is actually a high-ranking member of the Fatui. He's the Sixth of the Eleven Fatui Harbringers, placing him in the same rank as Childe (Tartaglia) and La Signora.

Hails From From Inazuma

Scaramouche revealed that he comes from Inazuma and he will also be encountered in the different Archon and Event Quests of Inazuma.

Created By Ei As A Prototype Puppet To Hold The Gnosis

Scaramouche is not a human but a puppet created by Ei as part of the Inazuma Archon to preserve her own Eternity. However, Kunikuzushi was deemed defective for he shows emotion and was thrown away.

Before becoming a Fatui Harbinger, Scaramouche uses the name Kunikuzushi. This name also appears in different ▼voicelines from characters in Inazuma.

Kunikuzushi (国崩し) in Japanese, can mean "destroyer of countries". Coincidentally, Kunikuzushi is also the nickname of a Swivel Gun in Japan during the 14th Century.

Appeared In The Unreconciled Stars Event

The first appearance of Scaramouche was during the first update of the game. He was just a traveller from Inazuma that was encountered by us while we are investigating the meteorites. However, it was later revealed that he is a Fatui Harbringer who came to the area to investigate the power of the fallen Constellations.

Claims That Stars Were A Lie

Upon investigating the Meteorites, Scaramouche discovered "something" that confirmed his hypothesis that the Sky and stars were a lie. This claim infuriated Mona.

Scaramouche, months after his first appearance, appeared once again as one of the Antagonist in Inazuma's Archon Quest. He was guarding the delusion factory in Inazuma.

Obtained The Gnosis From Yae Miko

Ran Away With The Gnosis

Scaramouche, like other Harbingers, was supposed to hand the Gnosis to Tsaritsa, but instead he ran away with the gnosis. During the Labyrinth Warriors Event, Tartalia mentioned that he was investigating the domain, trying his luck to catch Scaramouche inside, but turns out he was not there.

Past Was Revealed Via Husk Of Opulent Dreams

The life of Scaramouche at Inazuma as a Wanderer after he was thrown away by Ei was revealed on version 2.3 via the Husk of Opulent Dream.

Made Friends With A Soldier Called Katsuragi

It was mentioned in the artifact set that the Wanderer made friends with Katsuragi who he met at Nazuchi Beach. Katsuragi was killed by his master which led to the wanderer seeking revenge.

Mentioned During The Hues Of The Violet Garden Event

Scaramouche was again seen in the Hues of the Violet Garden event where he was mentioned to be as the person behind the scenes who caused the downfall of Raiden Gokaden. This can be seen as a revenge plot for his friend Katsuragi.

Confirmed That Scaramouche And Kunikuzushi Is The Same Person

During the flashback scene in the part 4 of the Hues Of The Violet Garden story, it was revealed that Kunikuzushi and Scaramouche are the same person.

Back Story Revealed During Archon Quest

The 3 Main "Betrayals" that Scaramouche faced was shown in a beautiful cinematic. This was revealed during the Archon Quest Dreams, Emptiness, Deception.

Turning Into A God

Sumeru's sages are creating an artificial God using Scaramouche as a vessel.

One Of The Major Antagonist

Scaramouche being one of the main antagonist in the game, similar to Childe, has a high chance of being a playable character. During the interview with his voice actor, Kakihara Tetsuya, it was also hinted that Scaramouche will have a larger role in the future.

Because of the appearance in different voicelines, many believe that Scaramouche will be a playable character. However, his in-game name will be Kunikuzushi.

I can't wait for him to be in-game! he will most likely make an appearance in 3.0, which could mean boss fight and or playable character!! 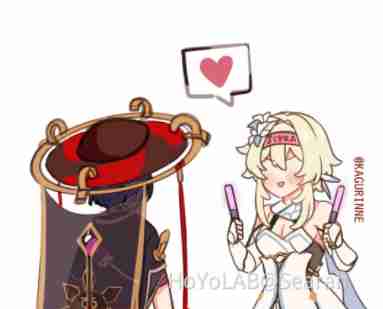