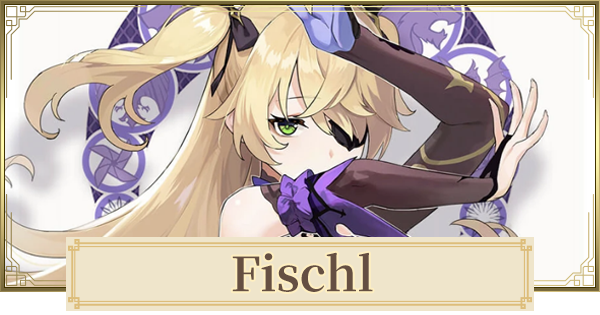 Fischl's Oz is a strong Electro spreader and also easily produce energy for the whole team. This build increases the power of Fischl and Oz making them deal strong damage to opponents while giving large amount of energy to teammates.

Fischl is a character with an ATK bonus stat.making his normal attacks strong. With Oz and a cryo character, you can easily inflict Physical debuff that would make your attacks more powerful.

Fischl can work either as a main damage dealer or support. Fischl's Oz is a great value to any team comp since he can continuously dish out electro damage and auto attack enemies

Perform a more precise Aimed Shot with Increased DMG. While aiming, the dark lightning spirits of Immernachtreich shall heed the call of their Prinzessin and indwell the enchanted arrowhead. When fully indwelt, the Rachsüchtig Blitz shall deal immense Electro DMG.

Summons Oz. The night raven forged of darkness and lightning descends upon the land, dealing Electro DMG in a small AoE. For the ability's duration, Oz will continuously attack nearby enemies with Freikugel.

Hold to adjust the location Oz will be summoned to. Press again any time during the ability's duration to once again summon him to Fischl's side.

Summon Oz to spread his twin wings of twilight and defend Fischl. Has the following properties during the ability's duration:

If a character triggers an Electro-related Elemental Reaction when Oz is on the field, the enemy shall be stricken with Thundering Retribution, dealing Electro DMG equal to 80% of Fischl's ATK.

When dispatched on an expedition in Mondstadt, time consumed is reduced by 25%.

With Constellation 6, Oz will attack with your current character enabling constant Electro to be inflicted in the enemies. This is especially great with Electro charge teams.

How To Use Fischl ?

Fischl's Oz will continuously attack enemies with Electro until his duration expires. It's one of the best on-field Electro Skills since it's consistent and can easily work with other characters for Electro reactions.

Bring Out Oz While Skill Is On Cooldowm

The main reason to bring out your Burst is to basically have another instance of Oz while the skill is on cooldown. Once your burst ends, Oz will appear on the field once again!

Can Be Used To Reposition

You can also use Fischl's burst to reposition yourself in the battlefield. Just take note that you are not invulnerable when using her Burst and can be damaged by enemies.

Because of Oz, Fischl stands as one of the best Electro supports in the game. She can consistently apply Electro and since her skill is on-field, she can work with just about any Main DPS.

Burst Is Not Particularly Strong

Fischl's Elemental Skill may be strong, but she lacks when it comes to damage with her Burst. She can apply Electro when in her Burst, but that's about it.

Fischl Reviews From Other Users

Comment or send your opinions about Fischl in the comments or feedback for a chance to be featured in the article!

What Do You Think Fischl's Tier Is?

Fischl labeled herself as the "Prinzessin der Verurteilung", and has raven companion named Oz with whom she shared her electro vision.

An Investigator At The Adventurer's Guild

Fischl might get her own story quest someday since some 4 star characters have their own story quests too, however, there is still no information about it. We will update this section once it is confirmed, so check back again to get more updates!

Has Her Own Event

A Genshin Impact in-game event that consist of 4 chapters, and it also includes Fischl as one of the possible rewards upon completing the quests.

How Tall Is Fischl?

There is no in-game and official data regarding the height of Fischl. We compared characters and Fischl is Medium comparatively.

How To Get Fischl?

The rate of Fischl is boosted at the following wish banners.

Characters With Same Element and Weapon As Fischl

Just a chuuni, her real name isn't even Fischl.

So is she legit or just a chuuni?

I think 2 Gladiator + 2 Thundering are better for electro support

since when rust is F2P?