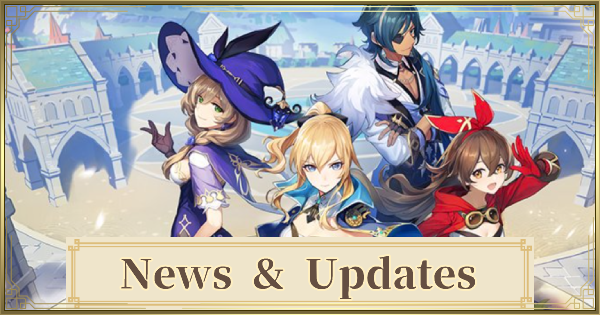 Genshin Impact recently became the #1 largest Discord server world-wide. To commemorate this, they are hosting a giveaway.

Join Their Discord Server For A Chance Of Winning

Join the Official Discord to be able to get a chance on receiving the following rewards.

Inviting new or players with ADV Rank 7 and below or accepting an invite will give you different rewards such as Mora, Artifacts and Primogems!

There are Search type of event and Battle Pass event. Both of them will handsomely reward you!

Story Quest will be available and unlockable by a story quest key. Complete daily missions and wait for a day! Adventurer Rank 38 will be required to unlock this story quest, so farm EXP and get ready.

There is a scheduled maintenance update to fix several reported errors and to take into account the result of the previous survey.

Players will also be receiving for 240 primogems after the update. Check your mail to receive the rewards.

Receive 30,000 Mora by Answering The Survey

After the update, check the mail and do the survey to be able to receive 30,000 Mora.

For those that needs a weapons upgrade, try out Epitome Invocations! New powerful items such as Wolf's Gravestone has an increased chance of showing up!

When Does Seize The Day Event Start & End?

Note that all times indicated are based on the system time setting of your current device.

Log-In During the Event To Receive Rewards.

To unlock this event, you need to head to Mondstadt and reach Adventure Rank 5. Players who log in during the event will receive a bonus. To get all the rewards, the player must log-in 7 times during the duration of the event.

Next Update On November 11

Check Out The 1.1 Update Leaks Here

The new co-op event "Elemental Crucible" is available now! Complete this event and get Character EXP materials and Adventure EXP.

Note that a small change to the microtransctions Gnostic Hymns and Choruses was also made in this update, making Gnostic Chorus cheaper if you've already purchased Gnostic Hymn.

Get new characters and weapons through 2 new limited time banners. The Ballad in Goblets (Venti Banner) and Epitome Invocation (Weapon Banner) are only available until Mid-October.

Check Out The List Of On-Going Banners From Here

Genshin Impact was released worldwide on September 28, 2020. It was made available for PC, Playstation 4, Android, and IOS.

The game will also be released for the Ninteno Switch. However, there's no definitive date yet on the release of the game to the console.