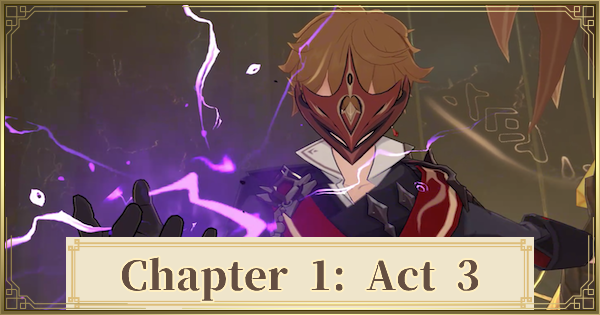 A New Star Approaches is the Chapter 1 Act 3 Archon Quest in Genshin Impact. Guide includes how to unlock the quest, rewards, requirements, and more!!

A New Star Approaches - How To Unlock & Rewards

A New Star Approaches - How To Unlock & Requirements

Only players who have reached Adventure Rank 35 will have access to A New Star Approaches. Consider completing World Quests and Daily Commission Quests to quickly increase your Adventure Rank.

Note that you need to complete Farewell, Archaic Lord Archon Quest first before you can progress to A New Star Approaches.

Use Memory Of Immovable Crystals To Unlock Geo Traveler Constellation

The Memory Of Immovable Crystals can be used to unlock one of the Geo Travelers constellations. Note that the Traveler must be synchronized with the Geo Element to be able to use it.

To activate the clover fan, you need to hit it with an anemo attack. Take note however that after awhile it will stop moving so once activated quickly ride the wind and fly to the small island.

4. Head Towards The Fort With A Ballista - Tips

Fight 3 Hoards Of Enemies Upon Arriving

You will fight 3 waves of enemies upon arriving so best be prepared for battle. The enemies does not favor a certain element so bring your best DPS team.

5. Defeat The Big Slime In The Swamp - Tips

Bring A Character Who Reacts Greatly With Hydro

Since you will be battling a Hydro Slime, use characters with elements that are effective against Hydro such as Cryo and Electro for faster battle.

6. Rescue The Man Trapped In The Cage - Tips

Defeat The Treasure Hoarders For The Key

The key will drop upon defeating all of the treasure hoarders around the cage.

10. Examine The Box With Talismans - Tips

The Area Is Surrounded By Fatui Skirmisher

Fatui Skirmishers are guarding the box. Destroy their shields by creating an elemental reaction to stun.

Cryo Whopper Flowers are strong opponents especially when there are in large numbers. However, they are weak at pyro attacks. Bring a pyro DPS or support for an easier battle.

Upon entering the domain, you have to battle two powerful bosses consecutively. It is not possible to change teams while inside the domain so make sure to prepare before entering.

Stock Up On Food & Have A Healer

The bosses are powerful and will deal huge damage. Make sure you have lots of food to avoid defeat. Having a healer is also recommended if you want to lessen the amount of food you will need.

Phase 1 Childe Is A Hydro Character

Phase 1 Childe uses water attacks and shields in battle. Make sure to bring a character that reacts well with Hydro such as Pyro or Cryo.

In his second phase, he starts using Electro imbued attacks. He will also change to faster and wider range of attacks.

14. Fight While Protecting The Ballista

Strong enemies of different elements comes in group during this battle. Defeat them by triggering AOE elemental combos like Overload (Pyro-Electro). Triggering Swirl to spread elements is also recommended.

See The Upper-Left Side Of The Screen For Ballista's HP

The HP of ballista is shown at the upper left side of the screen. Prioritize protecting the Ballista with the least HP left.