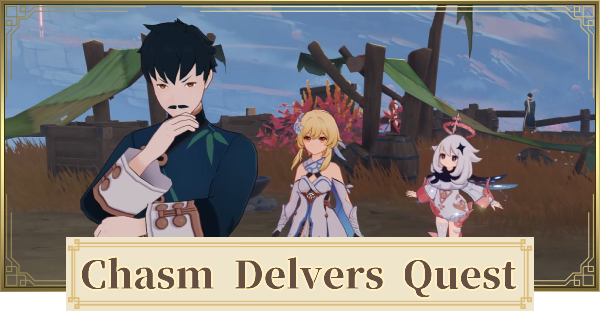 The Chasm Delvers is a quest for Genshin Impact. Guide contains how to start, walkthrough, questline, all quests list, how to unlock, & rewards.

The Chasm Delvers - How To Unlock & Location

Added During The 2.6 Update

The Chasm Delvers was added along with the Chasm itself in the 2.6 Update. The quest should be available as soon as you've completed its pre-requisite quest.

A Collection Of Quests

The Chasm Delvers is basically a collection of quests. By itself, it doesn't have its own objectives and is completed by simply completing all of the quests under it.

Since The Chasm Delvers is just a collection of quests, it doesn't have its own rewards. The quests under it however each have their own set of rewards.