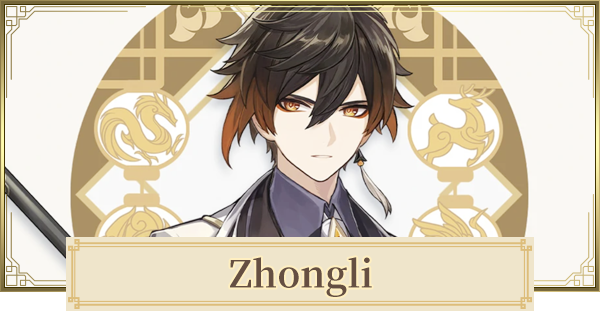 Zhongli has a powerful shield that gives debuff to enemies around it and a very strong burst that can petrify enemies after dealing huge damage. This build maximizes the damage and absorption output of this skills.

Zhongli's Auto Attacks are not only pleasant to the eyes, it is also quick and can give a huge amount of damage. This build maximizes the damage that its normal attack can do.

Zhongli works well with supporting the team and being a DPS. This team increases his power enabling quick defeat of any enemies faced.

Perform up to 6 consecutive spear strikes.

Consumes a certain amount of Stamina to lunge forward, causing stone spears to fall along his path.

Plunges from mid-air to strike the ground below, damaging enemies along the path and dealing AoE DMG upon impact,

Every mountain, rock and inch of land is filled with the power of Geo, but those who can wield such powers freely are few and far between.

Commands the omnipresent power of earth to solidify into a Stone Stele.

Causes nearby Geo energy to explode, causing the following effects.

When created deals AoE Geo DMG. Additionally, it will resonate with other nearby Geo constructs, dealing Geo DMG to nearby opponents.The Stone Stele is considered a Geo construct that can both be climbed and used to block attacks. Only one Stele created vy Zhongli himself may initially exist at any one time.

Possesses 150% DMG Absorption against all Elemental and Physical DMG. Characters protected by the Jade Shield will decrease the Elemental RES and Physical RES of opponents in a small AoE by 20%. This effect cannot be stacked.

Brings a falling meteor down to earth, dealing massive Geo DMG to opponents caught in its AoE and applying the Petrification status to them.

When the Jade Shield takes DMG, it will Fortify - Fortified characters have 5% increased Shield Strength. This can stack up to 5 times, and lasts until the Jade Shield Disappears.

Zhongli deals bonus DMG based on his Max HP:

Refunds 15% of the ores used when crafting Polearm-type weapons.

Constellation 2 Gives 100% Up Time Of Shields

While at constellation 2, using Elemental Burst will also create a Jade Shield to your character making it a lot easier to have a 100 percent up-time on shields.

How To Use Zhongli ?

A Very Powerful Shield That Protects Your Team

Zhongli's elemental skill provides a shield of jade that has an absorption scaling based on Zhongli's Max HP. Zhongli's jade shield can absorb both elemental and physical damage and not decreasing Zhongli and his team's HP.

Inflicts A Universal Debuff To Every Opponent Near You

One of the beauty of Zhongli's Shield is its ability to debuff any kind of opponents. This allows Zhongli to be a great character at any team comps.

Zhonlig summons a huge geo meteor towards his enemies that deals with Petrify debuff to halt their movement in seconds. All enemies shall receive a huge amount of damage coming from the impact of his elemental burst.

Zhongli's jade shield provides a good shield in combat while his Pillar, also is giving damage to enemies that goes near it. The jade shield can protect even your weakest characters in the game. while giving resistance shred to every opponent near you.

Ability To Petrify With His Elemental Burst

As of version 2.2, Zhongli is the only character that is able to Petrify enemies making him a reliable Crowd Control for petrify affects even the large enemies.

Dominus Lapidis Can Help In Some Gimmicks

Zhongli's Dominus Lapidis is a good skill to use especially if you need to reach onto something higher, or even use it as a pressure for the stone tablets. You can also use this as a trick in solving some puzzle cubes in Inazuma, it will hit the cubes continuously to unlock the puzzle cubes.

Avoid running through wet areas while in combat with any Cryo enemies as it will still freeze you and your team even though the Jade Shield is activated.

No Good Source Of Energy In His Kit

Zhongli's energy produced when a hit from his Elemtal skill occur is random that sometimes provides energy but is not constantly reliable, its area of effect is pretty small and seldom hits enemies while in combat thus producing less energy.

Zhongli Reviews From Other Users

Got any thoughts and reviews about Zhongli? Send us a feedback or ▼comment below for a chance to be featured in this article!

Comment or send your opinions about Zhongli in the comments or feedback for a chance to be featured in the article!

Zhongli is mostly known in Liyue as the mysterious consultant in the Wangsheng Funeral. He basically works for Hu Tao.

The God Of Contract

Zhongli, Rex Lapis, or Morax is the Geo Archon, the God of Contracts that resides in the nation of Liyue. Leaving his life as the Geo Archon, he is now wandering along with the human just like Venti, thus people are unaware that Zhongli is the Rex Lapis.

No Mora To Spare

Zhongli's mortal form is similar to Venti. Both are Gods but now lives as a commoner. Since Zhongli is the creator of the current Teyvat currency, he tends to forgot that time has changed and every thing needs to be paid in Mora.

Appeared in the Archon Quest Chapter 1: Act 1 & Act 2. Zhongli was seen together with Childe (Tartaglia) and also was seen talking to La Signora inside the Snezhnayan Bank.

Has His Own Stroy Quest

Zhongli has his own story quest, which consist of two (2) chapters. Join Zhongli with his adventure and know more about his past life as Morax and his present as a Wangsheng Parlor consultant.

How Tall Is Zhongli?

There is no in-game and official data regarding the height of Zhongli. We compared characters and Zhongli is Tall comparatively.

How To Get Zhongli ?

Get Zhongli In Gentry Of Hermitage

You can get Zhongli through his own two (2) featured banners titled, Gentry of Hermitage.

Characters With Same Element and Weapon As Zhongli

All Characters With Geo Element

I need his shield now,...i'm suffering enough with my noelle T_T 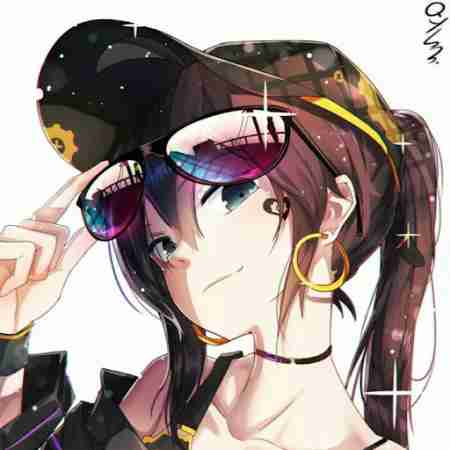 At C6, he can heal, so shouldn't healer be put next to his character types?

Still need to change his artifact preference to Severed Fate

You guys saying Zhongli isn't S tier are just salty you didn't get him. He's easily the best shield support and one of the best burst supports in the game. JP tier list on game8 has him @ SS tier FFS. Past C2 he's game breaking.