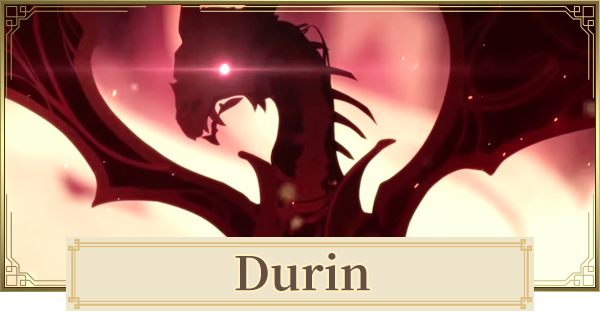 Durin is a character in Genshin Impact. Know more about who is Durin, why is Durin connected with Albedo? Durin's heart, appearance, story quest, story cutscene and weapon lore!!!

A dragon created by the known Alchemist, Rhinedottir and said to be residing in the Dragonspine area. Its life was corrupted with a malicious power resulting in having a deformed appearance.

The End Of His Wrath

Durin's jealousy leads to menacing the nation of Mondstadt, engulfing the nation with wrath and despair. Hearing the people's cry, Venti summoned Dvalin and fought the Shadow Dragon together in order to end its rage.

Durin was defeated by Dvalin and fell from the sky. Its remains are noticeably scattered around the area of Dragonspine.

Durin and Albedo are both Rhinedottir's creations that is according to The Chalk Prince And The Dragon Quest Albedo's cut scenes.

It is said that Durin's toxins despite being dead will still be able to revive and create a new life form. Albedo heavily indicates in a cutscene that Durin is his master's failed specimen inside the dragon's belly. Durin will walk again in the mortal world bearing Albedo's appearance.

Know more about Durin's story and affiliations through the cut scenes in the game events and story quests!

In the Skyward Blade's lore it is clearly stated on how Dvalin and the Anemo Archon, Venti protected the nation by defeating the Shadow Dragon, Durin.

According to the Dragonspine Spear's lore is most likely Durin's point of view during his defeat.

During the The Festering Fang Quest, you will encounter that is said to be Durin's heart in the Dragonspine area upon collecting the quest item called Strange Tooth.

Based on the Skyward Spine's weapon story, Durin's death was mentioned as well as how Dvalin got poisoned and put into a long slumber. In this story, Durin said that he still believes that one day he will be reawakaned.