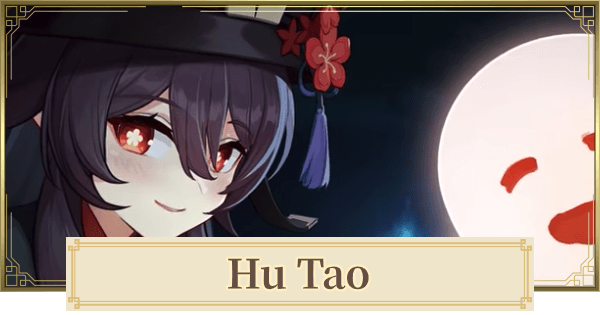 Hu Tao Is Possible A 5 Star

Hu Tao's seems to be the nemesis of Qiqi and the boss of Zhongli. This makes her a character that has a huge chance to be a 5 star for she needs to be on par with those mentioned people.

What Is Hu Tao's Element & Weapon?

Hu Tao May Be A Pyro Vision Holder

Liyue is the only place currently where Polearm users exist. This makes Hu Tao's weapon possible be a Polearm. While this would make her have the same element and weapon as Xiangling, her role can be different. The similar case is observed with Mona and Barbara.

In his character voice over, Zhongli said that Hu Tao is the overseer of Wangsheng Funeral Parlor. The funeral parlor in Liyue where Zhongli works as an advicer.

Hated By Most Character In Liyue

Hu Tao seems to be hated by most characters in Liyue and she seems to have a weird personality. She has a personality which makes Chongyun angry and lose his cool and Qiqi who does not show much emotion, even mentioned that she wants Hu Tao dead.

Will Hu Tao Be Playable?

Hu Tao often appears at the dialogue of Liyue based characters and also the owner of the Funeral parlor where Zhongli works. Following the similar pattern to Diona and Xinyan, there is a huge chance that they will be playable characters in the future.

In the recent 1.3 Update, there was no mention of Hua Tao. This could mean that he won't be added as part of the 1.3 Update, but that's not fully confirmed until the release of the 1.3 update.

Rumors are appearing all over social media that says that Hu Tao's Japanese seiyuu will be Takahashi Rie. Takahashi Rie is famous for voicing iconic characters such as Emilia from Re: Zero & Megumi from KonoSuba.

Following info is based on our prediction.

Following info is based on our prediction.

Never heard of megumi from konosuba