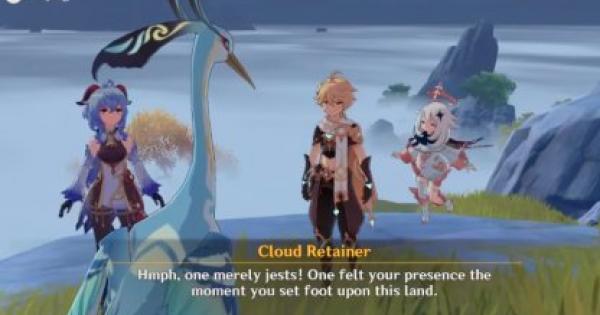 Shenhe Info - Who Is Shenhe?

Shenhe, or "Mystic Crane" in chinese, is a rumored new character who is rumored to use Claymore & Cryo.

May Have Ties To Liyue?

Shenhe's name hint that she may be an avatar or a retainer. Based on the story settings, she may have strong ties with the Liyue region.

Related With The Cloud Retainer?

According to rumors & speculations, Shenhe can be or might be the famous adepti named the Cloud Retainer, as people are trying to connect the dots just by taking the meaning of her name as a reference.

May Arrive In Future Updates

Shenhe might make an appearance in future game version updates, whereas her release date might coincide with a new region release.

Will Shenhe Be Playable?

She might be one of the future characters that will be released soon in the game. Her name may implicate that she will play some key role in the region's update, which also increases her potential of being a playable character.

Some voicelines about Shenhe recently appeared in version 2.2 of the game. This implies that Shenhe might be an upcoming character.

Shenhe's vision or element is rumored to be a Cryo. Since this is still considered a rumor, we will update this section once it is officially confirmed by Mihoyo. Check back again to get more updates!

Shenhe's rumored to be a Polearm character while on the other hand, she was speculated as a Claymore user, however since these are still rumors, we will update this section once it is officially confirmed by Mihoyo. Check back again to get more updates!