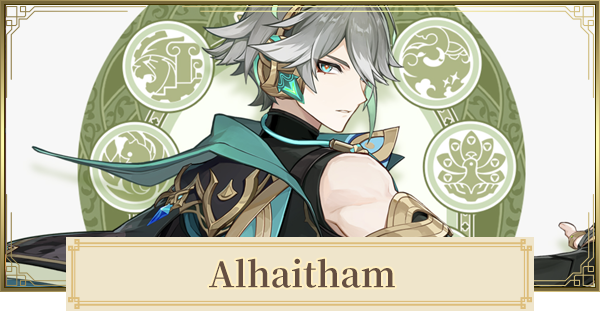 Expected To Be Released On 3.1 Onwards

Since Alhaitham is not in the characters announced in the official Twitter of Genshin, him releasing on version 3.0 has a low possibility. Since he is a key character, it can be speculated that he will be released on version 3.1 onwards.

One Of The New Characters For The Nation Sumeru

Alhaitham was announced to be one of the key characters that we will meet as we traverse at Port Ormos in the land of Sumeru. He is a Haravatat in the Akademiya which

Mentioned By Fans As A Su-Look Alike

Al Haitham is said to be a character that looks like Honkai 3rd's NPC, Su. Su is a scientist that has gray hair and coincidentally created the "Seed Of Sumeru".

Dendro Vision can be found dangling on the coat of Alhaitham. This confirms that he is a Dendro user. What weapon he use, however, is still a mystery.