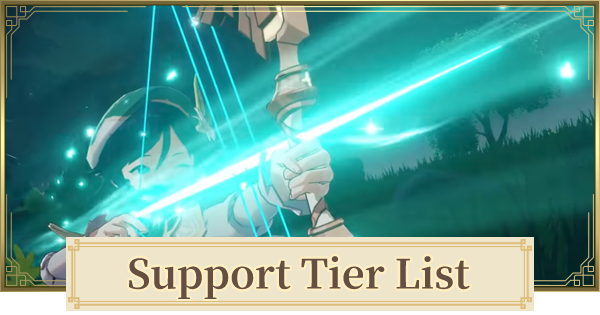 Characters That Are Only For Support

All characters are capable of being the Support in team, but there are characters who are in nature play the Healer role. They can also do the damage but mainly they heal the team and boost their allies' stats at the same time.

As a Support, these characters are meant to boost teams' elemental skill in a party. They have the highest support potential. They can also heal, but that is not their main purpose. Their builds should be focused on further increasing their skill for support!

Amplifies Up The DPS

Having an all Support team can work against you so it's best to include at least one main DPS and a sub DPS character to help them out. Having synergy between characters is also a must to get the most out of them.

Switch From Main Character To Your Support

It's best to learn the whole gameplay of your Support character as it's likely to be a character that is rarely to be out in the field. Be familiar with their cooldowns and skill effects to be able to juggle between them.