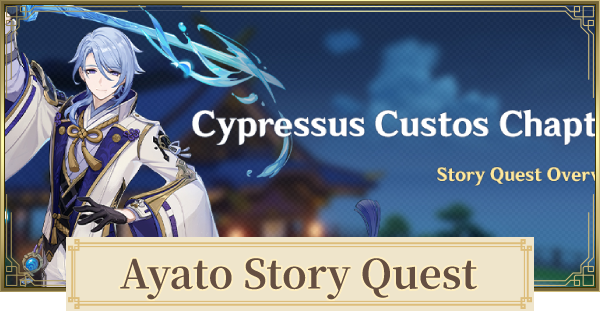 It was announced in the 2.6 Livestream that Kamisato Ayato and his story quest will both be added in Genshin Impact with the release of the 2.6 Update.

Kamisato Ayato is the current head of the Kamisato Clan of Inazuma and the older brother of Kamisato Ayaka. He's known for being young, but brilliant as the head of the clan, but he does have his moments of being playful.

Players must complete the Inazuma Archon Quests and Imperatrix Umbrosa Act I in order to unlock Ayato's Story Quest.

Players will also need to complete Chisato's Letter World Quest to be able to do Ayato's Story Quest. You can get this quest after completing Ritou Escape Plan.

You can start Ayato's story quest by talking to Ippei and Shinnojou in Inazuma City.

12. Look For The Key That The Bake-Danuki Made Off With

For this part you will need to tail an informant of the Kanjou Commission. Hide behind walls and thick grass to hide from his sight. Be careful not to lose track of him since he tends to run away.