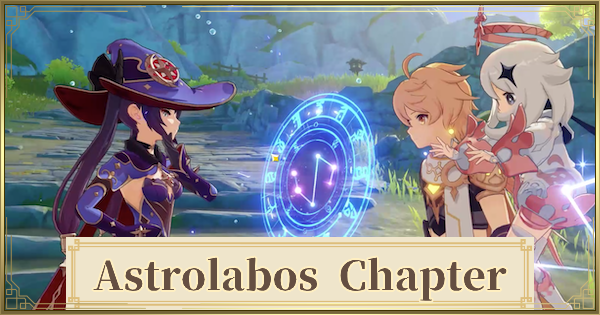 How To Get A Key To Unlock The Story Event

1 - Waypoint Near The Entrance of Liyue Port

To start the quest you need to head to the location near the entrance of Liyue's Port. There you will find Mona standing by the hill. Move towards her to see a Cutscene.

Head to the next destination and talk to Mr. Zhu. He is wearing a red outfit and standing in front of the house.

Follow the path downwards and examine the glowing spot to set the bait.

Return to Mr. Zhu and give the obtained Nephrite ring for a cutscene.

Teleport to Wangshuu Inn and head to the restaurant at the ground floor and sit with Mona to start a cutscene.

Obtain The Recipe From Huai'an

Talk to Huai'an who is walking around the front of the Inn to get the recipe for Golden Crab.

Collect The Ingredients & Cook The Meal

Give Golden Crab To Mona

After cooking the dish, give it to Mona at the restaurant for a cutscene.

Head to the next destination and spot Mona for a cutscene. After the cutscene you will fight several Bandits.

10 - Teleport To The Waypoint Near Mondstadt Entrance

The next scene takes place at the bridge to Mondstadt. Teleport to the waypoint near it and move towards the destination to start another cutscene.

Burn The Ground To Stop It From Hiding

Dendro slimes hide from the ground and while it stays there, you are unable to deal damage. Burning the ground makes them jump and become vulnerable to damage.

Katheryne Is The Receptionist Of Adventurer's Guild

Katheryne is the receptionist of Adventurer's Guild that can be found near the entrance of Mondstadt.

The Door With Hydro Mark

The sealed door refers to the door with a Hydro Arcane circle blocking it. Examine it for a cutscene.

According to an announcement made on the Official Genshin Twitter, as well as an in-game announcement, Mona's Story Quest "Astrolabos Chapter" will be released on 10/26.

Other events were also announced, so check them out as well!