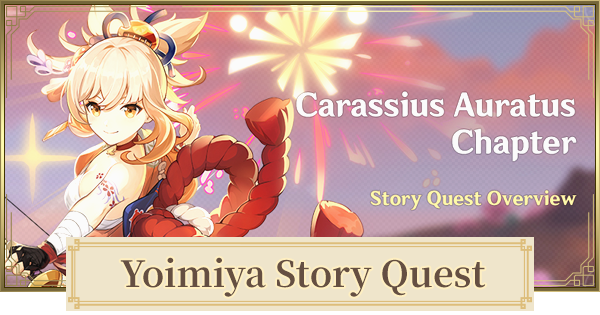 Yoimiya's Story Quest How To Unlock

How To Get A Key To Unlock The Story Event

Yoimiya is the owner of the Naganohara Fireworks shop and is also one of the Inazuma characters. She is a new Pyro Bow character that will be having a story quest upon the release of 2.0 Update.

Will Be Released on Version 2.0

During the 2.0 Livestream, it was announced by the developers that the story quest of Yoimiya will be released together with her character.