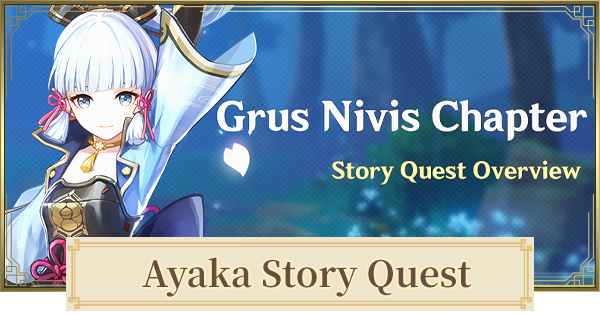 Once you've unlocked Ayaka's Story Quest, you can then head to Komore Teahouse. From there, you can continue on with her quest line.

Released In The 2.0 Update

Ayaka's Story Quest was released in the same version update as her. Players are able to play this story quest even if they do not have Ayaka in their character roster.

Kamisato Ayaka is the younger sister of the current head of the Yashiro Commission. Living up the high status of her family, she's well-versed in different cultural arts and is revered by her peers.