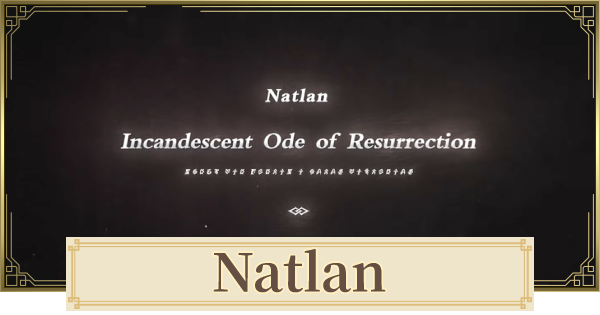 Natlan is one of the nation in Genshin Impact. Guide include location, affiliated characters, Archon quest, how to unlock, rewards, locations of Pyroculus (Pyro Oculi) & more.

Natlan is one of the Seven Nations in Teyvat that is associated with the element of Pyro. Natlan's lands are filled with volcanos, geysers, magmas and scorching temperatures.

Murata was first introduced in the prologue of the Genshin Impact manga. After the death of the Original Pyro Archon 1000 years ago, Murata, also known as "The God Of War", replaced them.

Not much is known about the current Pyro Archon. She and Barbatos were said to be close, with their cities participating in martial arts competitions.

Natlan is known as a nation of fire to the west.

The exact location is not yet confirmed. We will update once the release date is confirmed.

Most likely to have an Archon Quest just like in the other nations in the game.

Natlan is likely to be released in a few more years since there are hardly any information in-game about the nation. Check back to get more updates about the confirmed release date!

There are currently no NPCs from Natlan in the game. Although, two bathhouse NPCs in Inazuma mention that Natlan contains natural hot-springs created from volcanic activity.