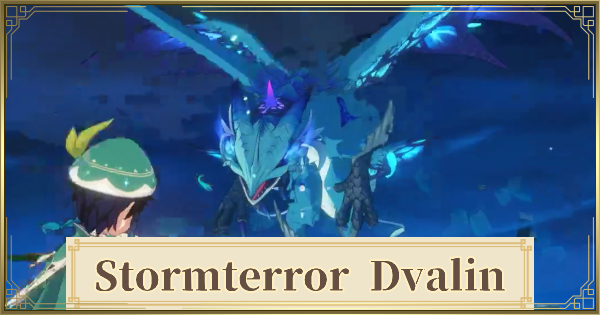 The area is blocked by a wind barrier. To be able to remove that barrier, you need to level up your Adventure Rank and finish the story until Prologue - Act III.

Amber's talent will be useful in this battle for many of Dvalin's attacks requires you to fly.

Defeating the boss requires fast and powerful attacks for most of the time the boss is unreachable. When the boss is attackable, use Kaeya's Elemental Skill to inflict Cryo and quickly switch to Xiangling to trigger Melt for stronger damage.

Check Out Other Free Characters Here!

Diluc can deal overwhelming damage especially when it is boosted by Pyro Resonance. Qiqi can act as a support to constantly give Melt for higher damage.

Venti's Elemental Burst can rapidly destroy the claws of Dvalin bringing him down faster.

Similar to Amber, Venti can also lessen the stamina consumed in flights. This is extremely useful especially when battling Dvalin in higher levels wherein you need to be constantly in the air.

Attack The Claws To Put Dvalin Down

During His Breath Attack

During the battle, Dvalin will stand in front of the platform and will release a powerful beam from left to right or vice versa. During that time, one of his claws will be open for attack.

During His Bite Attack

When Dvalin attack using his head, his claws would be exposed for attacking for a few seconds.

After breaking his claws, Dvalin neck will fall down the platform leaving the purple thorn open for attack. Climb the neck and attack the torn to damage.

Change Platform When It Glows

During the battle, Dvalin will make it rain Anemo energy making the floor glow. Standing on that floor will cause constant Anemo damage. Use the wind to fly to different platforms to avoid damage.

For Higher Levels, All Platforms Will Glow

When all platforms are glowing, you need to stay in the air while waiting for an opening to attack Dvalin.

Dvalin would stand in front of the platform and release a breath attack that would give a deadly anemo damage. It would either be from right to left or vice versa. Run to the other side of the breath's starting point to avoid damage.

Dvalin would attack using his head covering almost half of the platform. Move to the other side of the bite to avoid damage. Attack the exposed claw to put the boss down.

Dvalin would fly towards the stage scratching the platform with its claws. Move to the side to dodge.

Dvalin would release 2 - 4 powerful blast. This moves slowly so it is easy to dodge it by running.

This will cause the floor to cause constant Anemo Damage. Move to an unaffected platform or remain in constant flight to avoid damage.

Once Dvalin's HP reached near half, he would release a huge blinding attack. Move to a different platform to avoid huge damage.