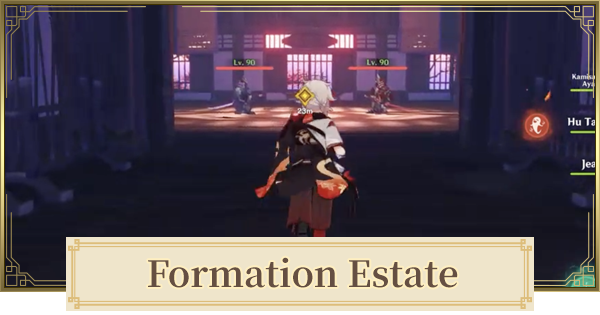 Formation Estate Location & How To Unlock

Formation Estate is a new domain will be located inside the Inazuma Region.

How To Unlock Formation Estate?

Stop The Constant Rain At Jakotsu Mine

To stop the rain from constantly falling, you must first finish completely the Orobashi's Legacy Quest.

Light up the Torches around the machine cube to unlock. Activate it to unlock the Formation Estate.

Check Out How To Level Up Fast

Tips & How To Beat

Defeat The Two Kairagis At The Same Time

Players must quickly defeat the 2 samurai at the same time so that the challenge will not take longer to finish, since the next set of enemies will be weaker opponents compared to the 2 samurais.

you need electro to do the pyro torches i guess

Talk to Kaji in the north western region of Yashiori Island, and complete his quest. There are 5 parts to his quest. Once finished go back to the domain area, and light up the torches in the order that the seelie goes in. After that, interact with the mechanism cube and the domain should rise up

do a quest north of the most westward state of the seven(he's a buff guy) to stop the rain then do torches!