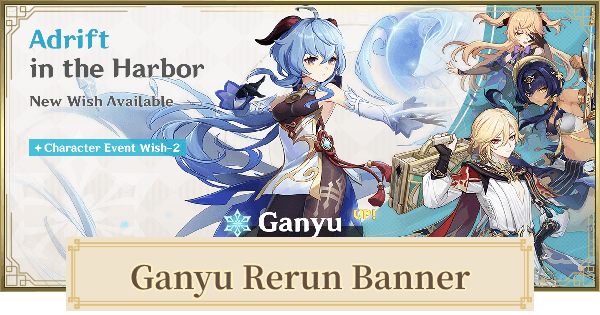 Between Kokomi & Ganyu, Which Will You Pull?

Ganyu is an Adeptus that works for Ningguang in Liyue. She took part in the Archon War and is under contract with Morax. She's soft-spoken and is well-known for her love for the Qinxin flower as a snack.

Try Your Gacha Luck With This Wish Banner Simulator!

Should You Pull In The Ganyu's Banner?

Pull If You Need A Cryo DPS or Support Cryo DPS

Ganyu is well-known as one of the best Cryo DPS in-game. She's a good mid-range combat Cryo DPS. This banner is recommended also if you need support that spreads elemental reactions while functioning as sub DPS in your team.

Pull For Dori If You Need An Electro Support

Dori provides not only consistent Electro DMG, but healing to her team as well! She can be a good alternative to Fischl or Yae Miko

Ganyu has a very high damage ceiling, capable of dealing damage up to 50K plus with one charged shot with the right build. She's easy to use and can fit as a main Cryo DPS in most Freeze/Reverse Melt teams.

Based on the shown abilities of Dori, she's an all-rounder support character that can continuously provide Electro damage and can heal her allies as well!

Xingqiu's ability to support characters and can easily mitigate damage with his elemental Burst. His burst also greatly increases the DPS capability of any character while giving Wet status to the enemies, making it a lot easier to do elemental reactions.

Sucrose is one of the best Anemo support characters in the game and she can easily spread Swirl that is good for crowd control. She can be a good teammate when it comes to optimizing Elemental Combos!

UGH WHEN IS GANYU RERUN IM WAITING FOR HER VULVA

WHERE IS MUMMY GANYU

we're already at 2.3 and no ganyu rerun