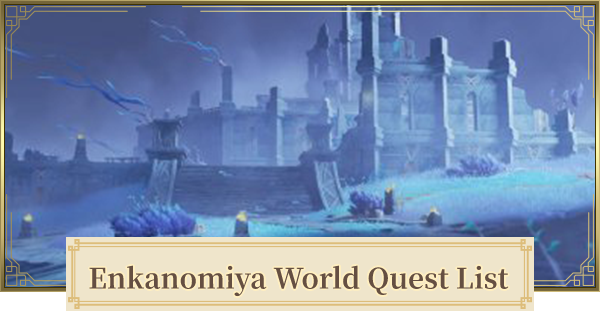 Enkanomiya World Quest List & Locations is a list of world quests found in Inazuma in Genshin Impact. Guide includes all world quests, locations, & how to unlock.

More information coming soon! We will update this Enkanomiya World Quest list once it is officially released by Mihoyo. Check back again to get more updates!

What Are World Quests & How To Unlock Them

Key Of The Moon-Bathed Deep

This obtainable quest item is said to be a material that will be used to unlock the region of Enkanomiya. You can get this item after you complete the The Moon-Bathed Deep Quest Line.