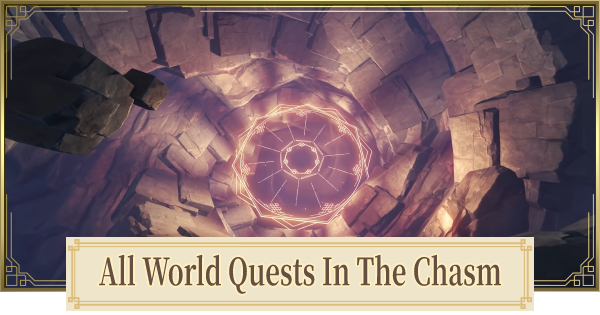 Genshin Impact
All World Quests List In The Chasm

This is World Quest List in The Chasm found in Liyue in Genshin Impact 2.6. This guide includes all world quests list in the c, map, locations, how to unlock, & more!

Currently, there are no possible upcoming World Quest for The Chasm. More could come in the upcoming 2.8 Update, Check back for updates!

All World Quests & How To Unlock

▲Back To Page Top

World Quests - What & How To Unlock