Mihoyo released a new event on 5/27/2021 under the 1.5 Update, in relation to this Unusual Hilichurl. Engage with the said event and get various rewards!

Unusual Hilichurls are also hilichurls but this one is a rare one. User might get a chance to meet this creature upon traveling or farming. Defeating this monster will give users various rewards.

The team is currently investigating the location of the Unusual Hilichurl. If you happen to have any information about this, please let us know in the comments. Thank you!

Location 1 - On The Hill Near Lingju Pass

Location 2 - Under The Big Tree In Windrise

We have not confirmed the reported locations yet. Once we confirm them in the game, we will add these locations in the section above.

Here are the spots which were reported more than twice by our users:

Hill Southeast Of The Liyue Statue

Near The Stone Gate Waypoint

Near the left cliff of Dadaupa Gorge

Unlock It In Achievements

Unusual Hilichurl is also a part of the Achievements Challenge Series II: ..Well That Was Strange. Check below the conditions and rewards.

We have not confirmed the reported patterns yet. Once we confirm them in the game, we will add these patterns in the above section. We'd appreciate your comments about drops too.

Unusual Hilichurls are not aggressive. They do not attack you until you attack it first. They seem to look far away and searching for something. Possibly, the things that they are search for might be a part of main story in the future.

According to our kind user, it seems that Unusual Hilichurls throw Primogem & Cabbage from its treasure box. Don't kill it and just wait to see what he can give!

I've found one just next to the windrise tree

i just found an unusual hilichurl in stormterror's lair and attacked him but he kicked me off and i had to teleport to go back up, when i teleported it was gone..... does it count as dead or should i look at other places if he's respawned? ( he was the 2nd one for today) 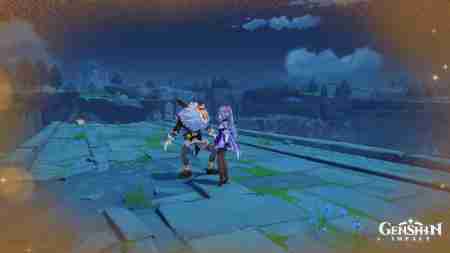 idk if it's me but after killing 20 of these unusual hilichurls, i couldnt find any of them anymore. i've been to all 14 locations everyday twice a day for 3 days now, none showed up

Found him/her at the right of the entrance of Wolf's location. 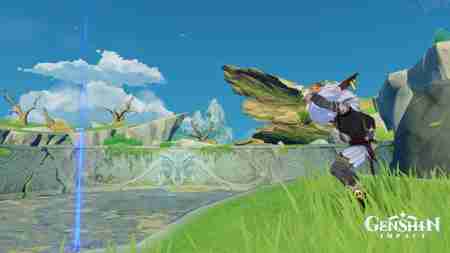 Found it at the roots of Qingyun Peak 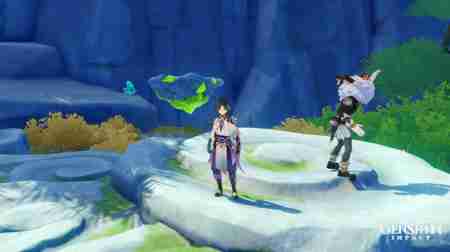