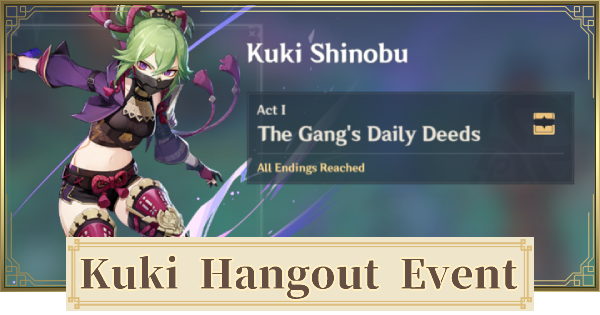 How To Unlock Kuki Shinobu's Hangout?

Players must be able to complete first the Archon quest, Perilous Trail and Arataki Itto Story Quest, in order for Kuki Shinobu's hangout to be available in the game.

You'll find Mamoru on the rooftop of Aisa Bathhouse.

You can find Genta under the bridge along the path.

You can find Akira near the shore below the cliff in the north.

Each Hangout Memory you unlock will give you various rewards! This includes Primogems, Mora, and sometimes even Dishes!

since you dont have an image for the Doom Arrives Just The Same ending, heres mine if youd like to include it! (sorry that it isnt lumine) 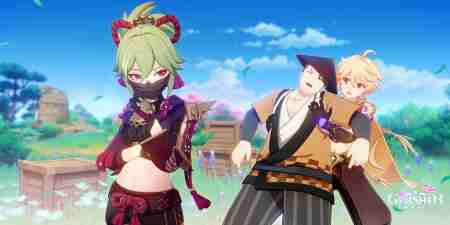 there is also an achievement for Ending 2. where you start walking towards the room where shinobu, sara and that lady is. One of the arataki gang members will dissuade you before you alert them. Achievement is called "Upstairs".

woah you are fast!!