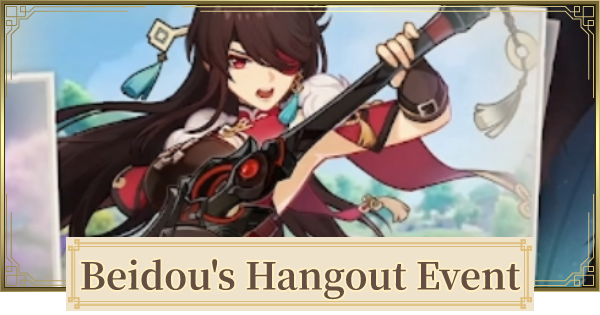 A New Hangout Event For 2.3

Beidou's Hangout event will be released on November 24, 2021 and will also be permanently available after the 2.3 version update.

How To Unlock Beidou's Hangout

Upon the release of the Hangout Event, it will likely require 2 story keys to unlock it similar to previously-released Hangout events.

Ending 3 - Once Everything Is Over

Follow the clues in the poem to look for the treasure

Be sure to set the clock to 06:00. You can find the treasure near the red-leaved crooked tree.

Poll - Which Ending Is Your Favorite For Beidou?

Each Hangout Memory you unlock will give you rewards relating to the character you had an event with. If Beidou's Hangout event follows the same format as those released before, it should give rewards per ending unlocked!

Completing an ending & going through all possible paths in the Hangout event can also give you access to obtain Primogems and unlock some achievements under the Memories of the Heart Achievements List.

Beidou is the leader of the Crux - an armed fleet based in Liyue Harbor. She and her Crux Fleet became a trusted trade partner with the other nations, especially in Inazuma.

Why does it say no other choice when you do have the choice to say, I thought you might not be in the mood, instead of saying You finally remembered why we are here. You definitely should include that option because it definitely exists! '-.- 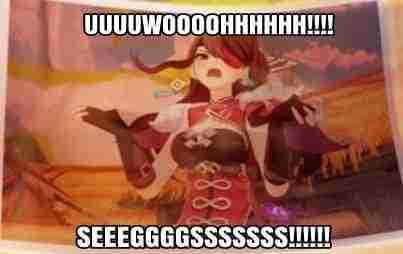 the guide helped me so much. the minor mistakes didnt even bother me, unlike the jesys dude. great job you guys

I don't know why but when I started the hangout I was with 4/6 hearts, does this have to do with me using the boat teleport?

you should read this whole article thru again and look for spelling mistakes, cuz jesys