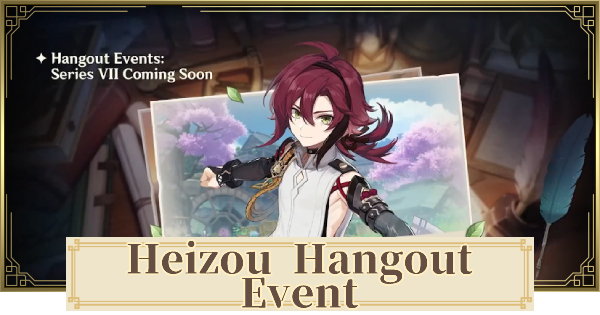 To Be Released During The 2.8 Update

It's been confirmed that Heizou and his Hangout Event will be released as part of the upcoming 2.8 Update. This was announced during the recent 2.8 Livestream!

Ending 1 - Memories Do Not Evaporate

Each Hangout Memory you unlock will give you rewards relating to the character you had an event with. If Heizou's Hangout event follows the same format as those released before, it should give rewards per ending unlocked!

Completing an ending & going through all possible paths in the Hangout event can also give you access to obtain Primogems and unlock some achievements under the Memories of the Heart Achievements List.

An Ideal Detective Am I Achievement

Choose the 2 case files from The Motive? branch under the ▲Ending 2 to obtain the An Ideal Detective Am I achievement.