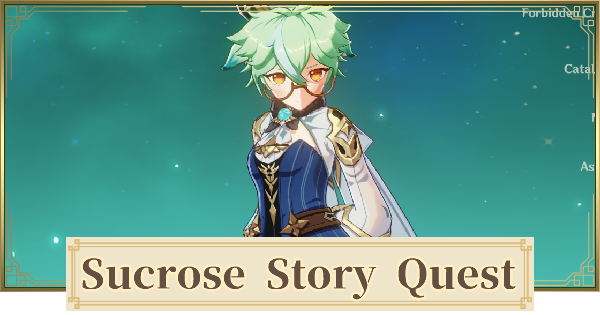 Learn all about Sucrose's Story Quest. This guide includes all story endings, branches, how to unlock, and more.

Details in this article includes information from rumors regarding upcoming features of the game. We'll update this article once we learn more about the 4-Star Story Quests!

Sucrose's Story Quest - How To Unlock

According to the rumors, Sucrose and the other 4-Star Story Quests will require a Story Key to unlock. You can get a Story Key by completing 8 Daily Commissions.

Check Out The Daily Commissions Guide

Previous Story Quests all required a minimum Adventure Rank to unlock. It's likely that the 4-Star Story Quests will also require it.

Could Be Part Of the Upcoming Windblume Festival

The Windblume Festival is an upcoming event in Genshin Impact that focuses on Mondstadt and its celebrations. It's possible that these 4-star Story Quests could be connected to them.

Check Out The Windblume Festival Here

We'll add more content once Sucrose's Story Quest has been released. Check back for updates

Rumors state that every upcoming 4-Star Quest will have multiple branches and endings. We'll update this section once more information about the 4-Star Quests are released.