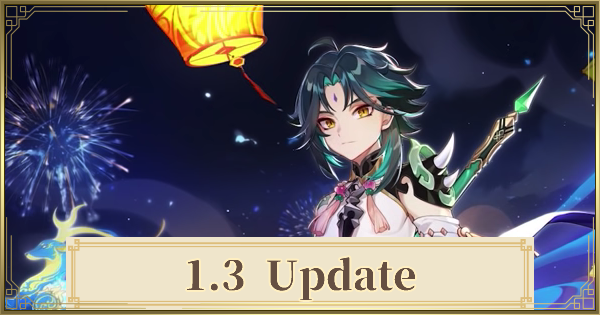 This list is based on currently released information. We will continuously update this list so stay tune!

Things To Do From February 3

Things To Do From February 10 And Beyond!

The effect of "Enduring Rock" will be changed to the following with the 1.3 Update:

New Quality of Life Gadgets and items were introduced in the Livestream that will be added to the 1.3 Update. One of which will convert your materials to other forms or elements.

Other Quality Of Life Features

You can hold the button down to add more items when enhancing weapons.

You can now connect the following controllers and play Genshin in the 1.3 Update. Take note that you first need to upgrade your iOs version to version 14.

Xiao To Be Released On 1.3 Update

The new characters that will be released with the 1.3 update has been confirmed to the anemo user, Xiao. The Adeptus was first introduced during the second arc of Genshin Impact's archon missions.

It has been confirmed that Xiao and his banner will be live on February 3, 2021, same day release as the 1.3 Update. The other featured characters for his banner have not been revealed yet.

Xiao Will Have His Own Quest

Xiao will have his own quest with his release. It has not been announced what kind of challenge it would be, but it did say that the AR requirement will be level 23 and above.

Keqing will be the fight 5-Star from the Regular Banner to be featured in the Limited Time Banner. During this time, players will have a better chance of pulling Keqing!

Hu Tao's character teaser was recently revealed by Mihoyo hinting that she might be added in the character roster within version 1.3.

Possible To Be Later 1.3 Banner

According to the official patch notes, there will be more wish banners coming for the 1.3 update. Although the character banner was not named, there is a possibility that this could be Hu Tao's banner!

Do to the feedback of many players, the following adjustments will be applied to Zhongli in the 1.3 Update.

A new sword weapon arrives on update 1.3 that is made of pure jade & has an elegant tone to its design.

New Weapons On Second Half Of Update

Aside from the Primordial Jade Cutter, numerous new weapons will arrive as the update progresses. These include the following:

Lantern Rite is an event where players must complete event world missions & increase lantern gauges for better rewards & items. Get into the special event for more Xiao's story & interactions with the world, while earning goodies along the way.

The Lantern Rite event will be released on February 3, 2021. This should be after 1.3 Update has been released. Events are divided into segments & phases.

Players will have to clear Xiao's challenge first before they can get access to the Lantern Rite festival. This might be due to the story progression when it comes to Xiao.

Theater Mechanicuse event will feature a Tower Defense -like game rules that pitches your traps against hordes of wandering enemies. Complete quests "The Origin of the Lanterns" and "Liyue: Theater Mechanicus" to unlock!

Will Work Similar To A Tower Defense

Theater Mechanicus Event will be similar to that of a chess game. You will need to build different devices with different abilities in the map to destroy enemies!

The Tower Defense Event can be played multiple times at different difficulty levels. Of course the harder the level, the more challenging the event will be.

Stand By Me Event

Choose between characters in Liyue and set of an adventure to receive rewards!

More About Stand By Me Event Here!

Take on picture taking task and exchange pictures with friends for wonderful rewards.

Xiao's story quest "Alatus Chapter" & 26 event world quests will be added after the update. More quests will come as well as the update progresses so check back often!

The date of release of the update has been officially set in the patch notes! All platforms will receive the update on February 3, 2021. Update time is 6:00AM (Server time) and it takes around 5 hours for the maintenance.

May Delay Based On Situations

While its stated that it takes 5 hours for the update to complete, there might be delays based on the actual situation. If such delays occur, players will receive 60 Primogems for each hour of delay.

For better experience, players can pre-install the core version 1.3 files 2 days before official release. This allows users to complete the bulk of the update download 6 installations before having to wait for full installation when the update arrives.

How To Preload On PC

In order to preload on PC, you need to start launcher.exe from Genshin Impact Directory. Note that starting "GenshinImpact.exe" from the game installation folder won't show preload menu.

1.3 Update Pre-Download Will Also Be Available For Mobiles

Unlike previous versions, update pre-download will also be available for mobile users. This will enable mobile users to download the files for update before and during the maintenance so they can play Genshin immediately after server maintenance is over.

Go To "Settings" For Both iOS & Android

To access the preload, go to the Paimon Menu > Settings > Other > Pre-Install Resource Package. for both iOS & Android uses to initiate.

In the recent Facebook post by Mihoyo, they announced their strict stance against leakers of information from beta testing.

While we think there might be leaks from the closed beta testing of version 1.3, we've decided to not include such leaked pictures and details here. 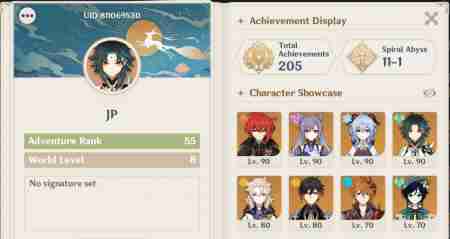 No mention of electro buffs rip