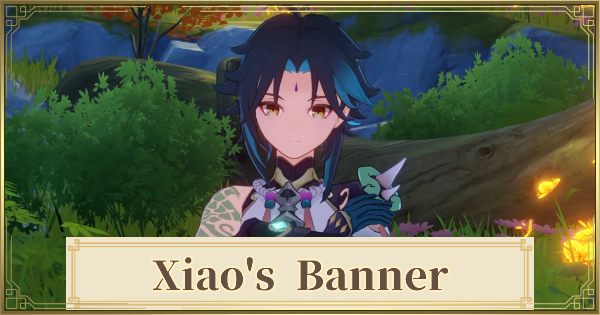 Xiao's Banner is expected to release on early-February. This is based on two reasons: The End of Ganyu's Banner & Version 1.3 Lantern Rite Event

The End Of Ganyu's Banner Marks The Start Of 1.3

After the end of Ganyu's Banner, all of the events scheduled for Version 1.2 will be over. From there, 1.3 events will which brings us to new characters from 1.3.

One of the events officially announced for Version 1.3, Lantern Rite, is advertised by Mihoyo as closely related to Xiao as seen from the trailers officially released. It would only make sense if Xiao will be a featured character during that time.

Xiao Will Be The Featured 5 Star

As the star of the Lantern Rite festival, it is only proper for Xiao to be the featured 5 Star. He is not only an important character in Liyue, he is also the last Liyue character in the Beta test that was not yet released.

Barbara is the only 4 star character that was featured in 1.1 that was not yet featured in recent banners. She is also a healer making her a great pair to Xiao's HP decreasing abilities. This made us to believe that she will be one of the featured characters.