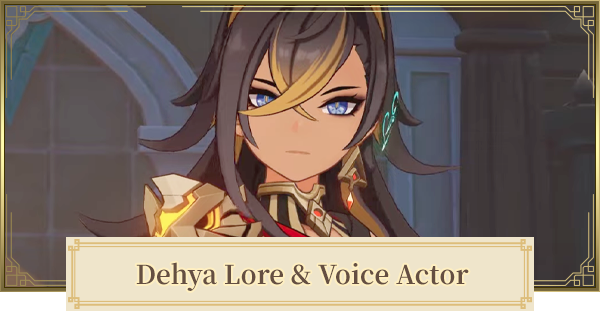 Dehya has appeared on various Archon Quests and will probably be coming into the game soon! However, her release date was not disclosed, but speculation points her release to the 3.4 update or onwards.

Dehya is a known desert folk mercenary from the group called The Eremites. She was recently hired by Dunyarzad and you meet her for the first time in the The Morn A Thousand Roses Brings.

Affiliated WIth The Other Sumeru Characters

Dehya was seen with the other known characters in the game such as, Candace, Alhaitham, and Cyno during the archon quest. She seems to have good relationships with most of them.

Dehya is a new Sumeru character that was introduced during the release of Sumeru nation. Dehya was seen wielding a Claymore weapon and has a her Pyro vision that clings to her waist.

Dehya has appeared in various in-game quests, including the Sumeru Archon Quests and character Story Quests! You may encounter her in different locations depending on the quest.