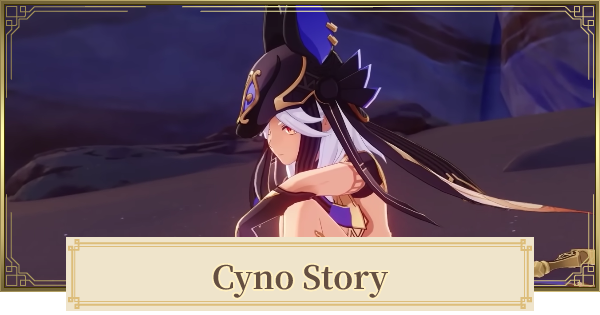 To Be Released On September 28

Cyno was announced to be the first banner of version 3.1. He will be released after updating to version 3.1 which is available on September 28, 2022.

"As a Matra, it is one of my duties to help people 'remember' the mistakes they have made."#GenshinImpact pic.twitter.com/z4fUa7a7Wq

Cyno's In-game teaser was released. Watch to see what kind of person Cyno.

Cyno appeared also in the official Genshin Impact webtoon where he was encountered by Amber & Collei.

He Cares For Collei

It is seen from the webtoon that Cyno appears to be an intellectual and mysterious person. He comes off as mean towards Amber but later offers to help Collei in sealing her Archon Residue.

Cyno plans to return to Sumeru with Collei where he plans to seek wisdom and learn more about the world.

Cyno was introduced as the General Mahamatra in the Sumeru Teaser and based on Tighnari's voiceline about him, it's a high-ranking position.

Electro As His Vision

His Electro Vision was sighted at his back on the video teaser of Sumeru.

It was seen that Cyno is wielding a polearm in the Genshin Impact trailer and was shown fighting against Alhaitham.

Character Voiceline That Talks About Cyno