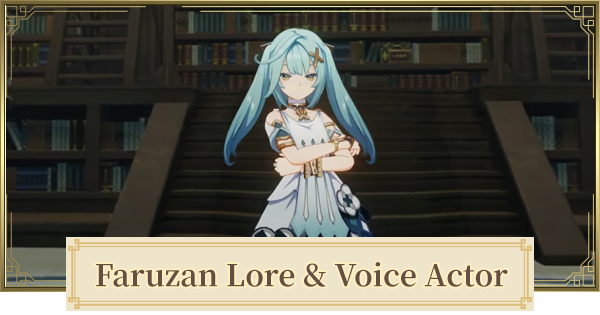 To Be Released In The First Phase Of 3.3 Update

Faruzan will be released on December 7, 2022. She was revealed during the 3.3 Livestream that she will be one of the featured 4-star character in the First Phase of the double banners of Scaramouche (Wanderer) and Arataki Itto.

Faruzan, also known as Madam Faruzan who is a machinist from Sumeru. Faruzan is a new upcoming anemo character in Genshin Impact. She was introduced via Genshin Impacts SNS accounts on October 31, 2022.

Faruzan is a new anemo character, as announced on Genshin Impact's official SNS accounts, however, her weapon was not disclosed upon teasing her character design.

Faruzan Was Mentioned By NPCs

Faruzan was mentioned by the NPCs Yavanani and Khaldun, arguing about Faruzan's theories and points.