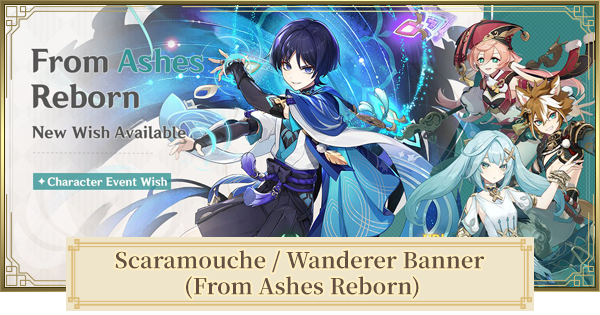 Between Wanderer (Scaramouche) & Itto, Which Will You Pull?

Who Is Wanderer (Scaramouche)?

First Appeared As One Of The Villains

Wanderer (Scaramouche) first appeared in 2.1 Update during the Unreconciled Stars Event in the game as one of the villains, and he is the 6th member of the Fatui Harbingers.

Should You Roll For Wanderer (Scaramouche)?

Pull For An Anemo DPS

Scaramouche can be your Anemo DPS in the game since his kit scales from his ATK. His skill will increase together with his EM and Crit Stats which can be essential for keeping his damage high and consistent.

Faruzan's skills can be a good support character as her skill decreases the enemies' anemo resistance and at the same time supply damage buff to party members. Faruzan's charged-aimed shot has the perk of crowd control which can be useful in a field battle.

Wanderer (Scaramouche)'s ES will first deal an AoE damage while hovering in the air, which will increase his normal/charged attack damage. Upon hitting the enemies with normal/charged ATK, he will gain another buff effect, allowing him to sprint mid-air without decreasing his Kuugoryoku points.

Faruzan's charged attack can provide a vortex skill, making it useful to pull nearby opponents. Her Burst deploys Dazzling Polyhedron that deals with an AoE DMG, which also decreases its opponent's anemo resistance, and at the same time gives DMG buffs to party members.