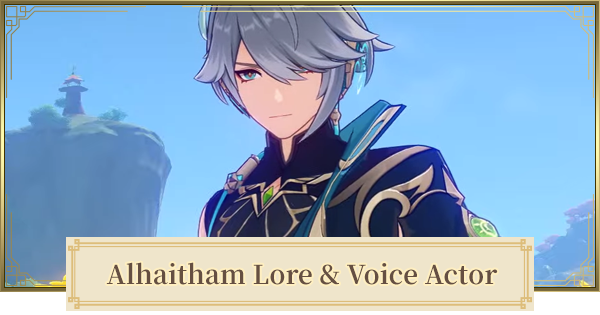 Expected To Be Released On 3.4 Onwards

Alhaitham has been appearing frequently in the game and, he is also one of the key characters in the game story, thus he might be released in the game's version 3.4 onwards.

Alhaitham is one of the respected people in Sumeru. He is commonly known as the Akademiya's Scribe, meaning a person who is in charge of studying scriptures, documenting various files, and also conducting research.

Alhaitham and Kaveh are good friends since both of them are from Akademiya. It is said that Alhaitham offered him to temporarily stay at his house since Kaveh went bankrupt.

Alhaitham's vision can be found dangling on the coat of Alhaitham, which confirms that he is indeed a Dendro user.

Shown To Wield A Sword

Alhaitham was shown in the Sumeru Trailer using a sword while fighting against Cyno.

Alhaitham has also appeared in various in-game quests, such as the archon quest and story quest! You may encounter Alhaitham in different locations depending on the quest.