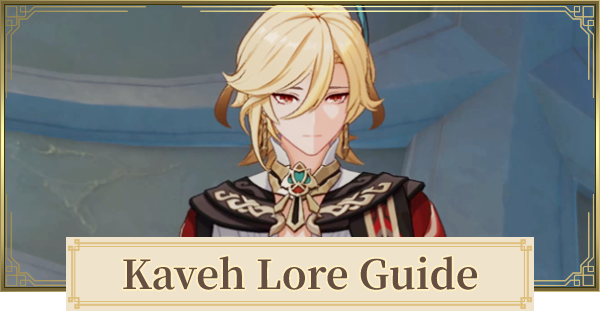 A Renowned Architect From Kshahrewar

Kaveh is Alhaitham's colleague and at the same time currently resides at Alhaitham's place. Kaveh is a well-known architect, and also the one who created the Palace of Alcazarzaray.

Kaveh is a new Dendro character that was introduced during the archon quest. You can see Kaveh's Dendro vision clinging to his waist.

Kaveh appeared during the latter part of the Akasha Pulses, The Kalpa Flame Rises Archon Quest. He was seen talking to Alhaitham.