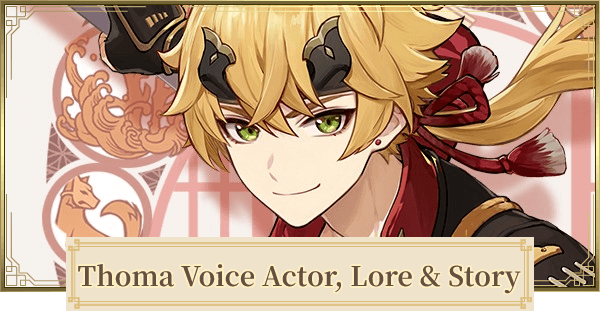 Thoma is the housekeeper of the Yashiro Commission's Kamisato Clan, and a well-known "fixer" in Inazuma.

Thoma was born in Monstadt, though his father came from Inazuma. He went to Inazuma to bring his father Dandelion Wine but ended up stuck in Inazuma. There he became the Kamisato Clan's housekeeper.

Thoma is very good at socializing and was able to build connections with various people in Inazuma and even made friends with other trading industries. Using his communications skills, he can always resolve the issues that are being faced by the Yashiro Commission.

"Gee, who cares about such trivialities? And it doesn't matter what kind of person I am, as long as those who should know it."

Thoma has also appeared in various in-game quests, such as story quests, world quests, and events in the game. You may encounter Thoma in different locations depending on the quest.