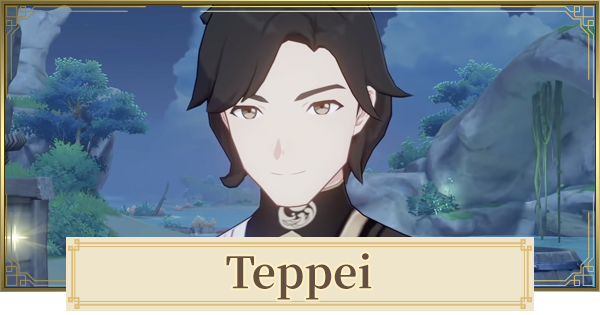 Teppei is an NPC in Genshin Impact. Learn more about who is Teppei, where is Teppei from, Teppei story, what quest he appeared, voice actor, how did Teppei used delusions and more!

Warning! This article contains spoilers, covering the Archon Quests for 2.0 and 2.1 versions.

Teppei is a Sangonomiya Samurai from the Gobius Platoon and eventually promoted as a Herring I Captain. He is also the one who is always giving an extra hand to the traveler. Teppei appeared in the (2) Archon Quests: Ch. 2: Act 2 & Ch. 2: Act 3.

Some Of Teppei's Archon Quest Appearances

How Did He Get A Delusion?

Teppei met these mysterious men after the Traveler was assigned to be the Captain of Swordfish II. These men told Teppei that the more he has the willpower to be stronger, the Delusion will respond to him and will give him power just like a vision.

Will Teppei Be A Playable Character?

Teppei is indeed a good man, and his life story will always be remembered. Teppei being a playable character is unlikely to happen in reasons such as he has no vision, has a generic NPC design and also, as it shows to the archon story quest, Teppei passed away.

Speculated that Teppei's Japanese VA / Seiyuu is Iguchi Yuuichi, and some of his notable characters are listed in the table below for your reference.