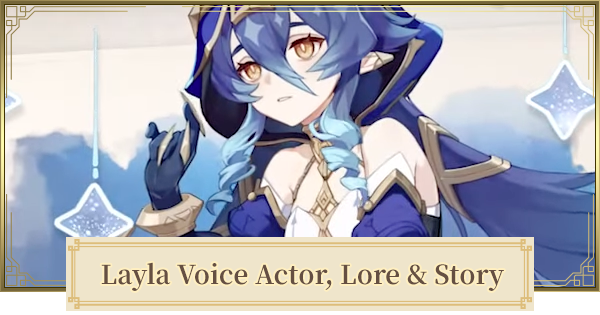 Layla will become a playable character in the upcoming 3.2 Update (Phase 2) of Genshin Impact. Layla was revealed in the 3.2 Livestream and she'll be a featured 4-star character in the Secon Phase double banners of Yae Miko and Childe (Tartaglia).

Layla is widely known as a peculiar Rtawahist astrology student from Sumeru and is also heavily prone to sleepwalking. Layla wields a sword and uses a cryo vision.

Layla is a shy person, that has a sleep-deprivation and an anxious-looking face. Layla thrives in her studies, through the help of her unusual ability which is sleepwalking. Through sleepwalking, Layla activates her talents and confidence which is the contrast to her when she's awake.

Layla appeared on that 3.2 Livestream as one of the upcoming Genshin Impact Sumeru characters.